The SunGod Wakeboarders Have Been On Fire This Summer – Get In On The Action Featuring: Joe Battleday, Matty Muncey And Brothers Liam & Ryan Peacock

It’s been quite a Summer for the Wakeboarders on the SunGod team. The team is young, talented and hungry to make their mark on the scene. This Summer they have done just that. From multiple podium finishes at world class events to first time tricks, amazing videos and a look at the scene from another angle, there’s plenty to shout about. Fresh from the World Champs in the Phillies the team are primed and ready to rock at the last few comps of the year! So, to kick things off, let’s take a look at who has been doing what to make the most of their Summer.

This rising duo did not start the year how they would have liked... both injured! Liam was back on his board relatively quickly after a brutal crash which, for those that have seen it, sends shivers down your spine, but Ryan was even less fortunate. With a snapped ACL, MCL and Patella Tendon things looked bleak. However, positive as ever, Ryan sought other opportunities and immersed himself in roles not typically intrinsic to a competing athlete. Being a judge enabled Ryan to see things differently and he had to learn to cope with an unfamiliar pressure altogether. Judging anything at elite level can be pretty full on but Ryan embraced this and saw his first opportunity to be a judge at the UK’s biggest wakeboard contest – Plastic Playground.

Meanwhile his brother Liam had been putting in the groundwork for his first full season of comps having just finished school. It didn’t take long for the hard graft to pay off. After being invited as a reserve athlete to ‘Munich Mash’ Liam landed a double tantrum to blind, a trick only ever landed once before. Despite not being able to compete this year we’re confident this, and his continued form, will help secure an invite to compete there in 2018. 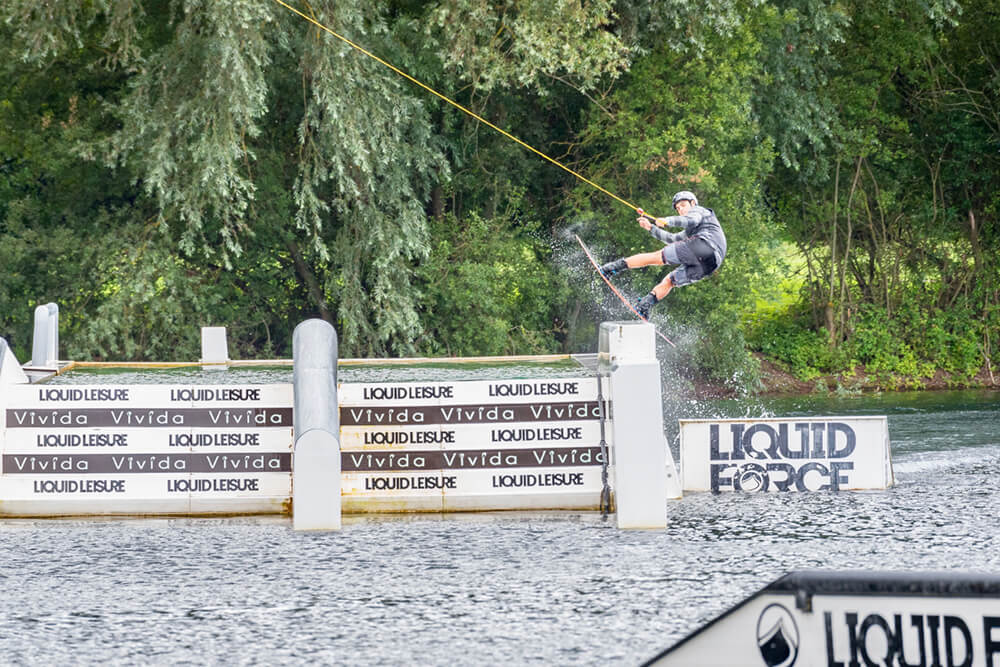 Next up was the UK’s biggest international contest, Plastic Playground. With one operation (out of two) under his belt Ryan was excited at the prospect of judging one of the world’s biggest events in the wakeboard calendar.

"Taking more of a backseat role in this competition was quite refreshing for me, as I would normally be stressing out about runs and whether I have everything on lock, ready to go. It was really awesome to see Liam, Joe and Matty all kill it in the competition. It continually keeps me motivated to push myself when I get back."
Ryan Peacock 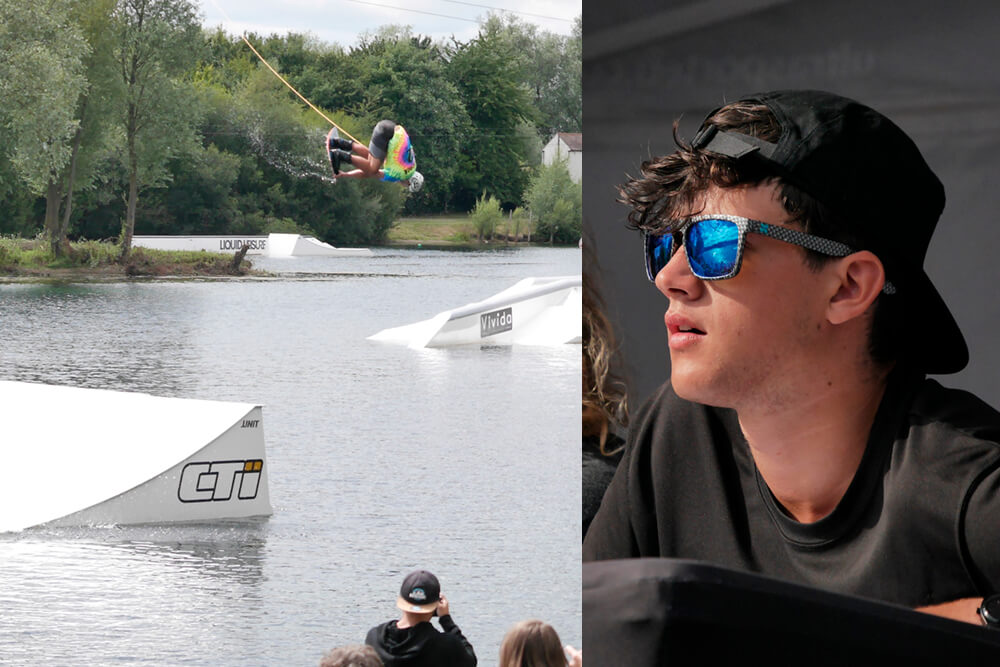 Liam Peacock mid way through a double at Plastic Playground 2017 as Ryan looks on from the judges tent.

Liam chose one of the most technical lines, including an enormous 270 gap transfer to rail (below) that would have probably seen him through to finals. Unfortunately, this was a big ask and he couldn’t quite stick it. A great learning experience he would go on use shortly after. 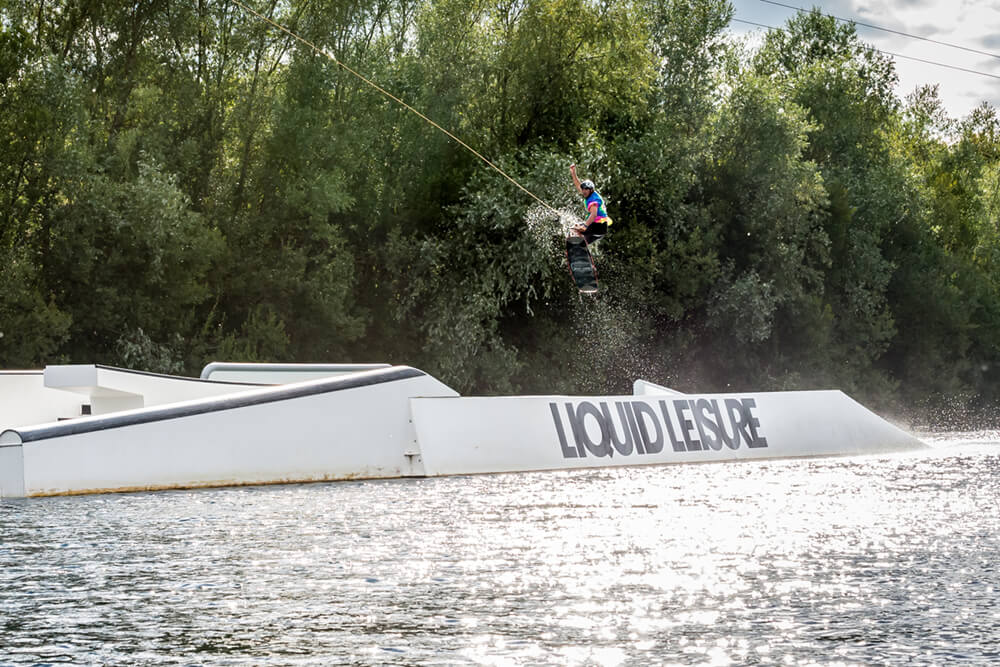 "It can be easy to let yourself get into bad place after an injury, but I think it is important to think about looking at the sport from a different perspective to try and make your comeback stronger. I am stoked to be getting back out on the water in January and cannot wait to put some of these ideas that have been brewing in my head to the test!"
Ryan Peacock

Next up for Liam was a trip to Lithuania for the Red Bull Wake2El contest. Packed with a strong field Liam’s hard work in pre-season training paid off. He took the win in style cementing himself as a force to be reckoned with on the contest scene. Eager to back this result up Liam headed to St Petersburg, Russia for the Kingwinch Wakepark Invitational. Initially the heats were tough but vibes were strong and Liam harnessed this to throw down the best run to take 1st overall, and best trick with a rail to rail tantrum and a double flip. 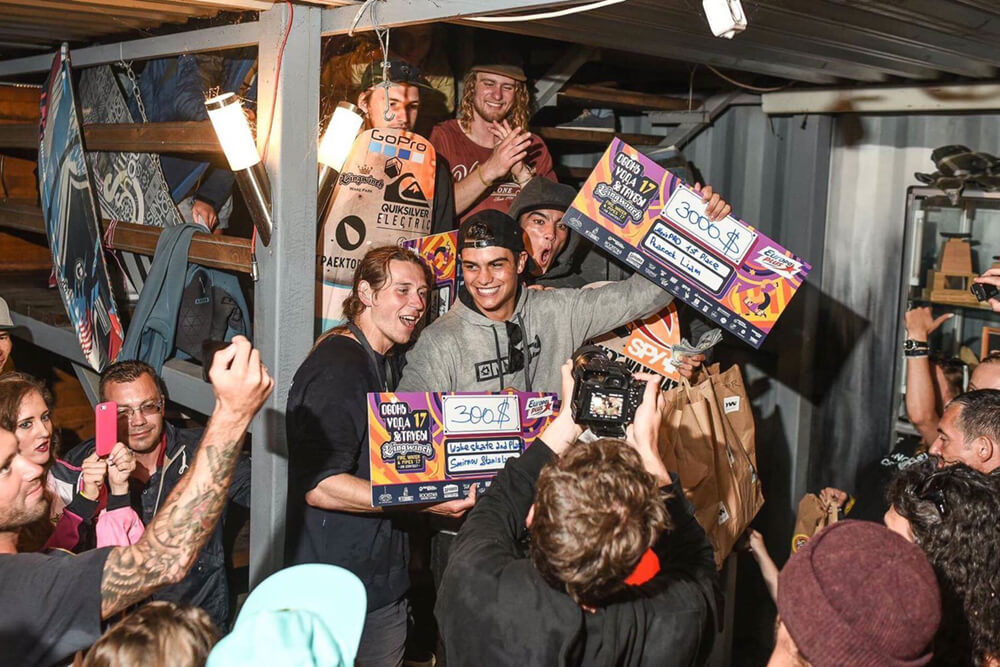 Liam Peacock celebrates the win in Russia at Kingwinch Wakepark!

"I wasn’t expecting to take the win but I’ve been working pretty hard this year and I think it all paid off and was shown by these results. I am now in the Philippines for a month of riding, filming and competing. We’ve just had the World Championships here this week and now I’m hoping to land some new tricks in the next 3 weeks I’m here."
Liam Peacock

Continuing his reign of form Liam took home 3rd at the WWA wake park World Championships Pro Men Traditional discipline in The Philippines. This, without doubt, marks Liam’s best run of form at elite level. With an epic few months ahead of him Liam looks to continue pushing his riding and evolve his style so he can take it to the next level in 2018.

Joe’s Summer started strong. A trip to Germany with teammates from O’Neil gave him the opportunity to travel round the country, set up their winch at unique urban spots and ride some different wakeparks along the way.

"From Hamburg to Aurich and then Langenfeld the experience was amazing as I’ve never really done much winching so it was awesome to get to grips with it a little. It’s definitely something that I want to do more of in the future!"
Joe Battleday 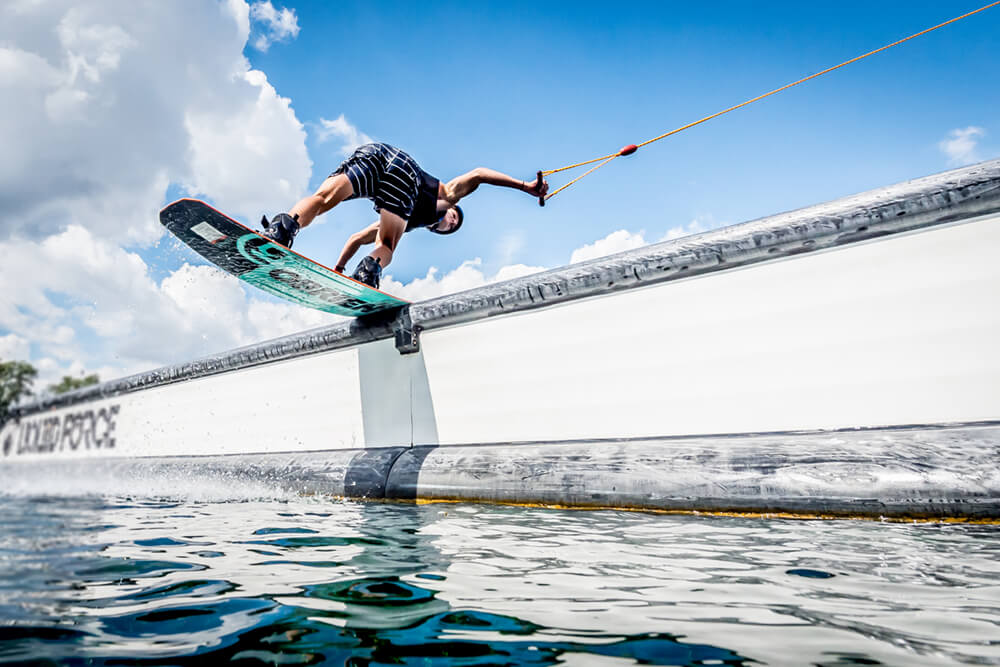 After, Joe was resigned to a desk...exams awaited, just one month away. To add insult, appendicitis struck...badly. Miraculously though, not only did Joe make a speedy recovery, the exams were done and dusted before he knew it and Plastic Playground was just around the bend. Despite only riding a week or two before he threw down solid runs time after time and saw himself secure a top five spot in arguably the most competitively strong field in wakeboarding. Check out his run below...

Soon after Plastics Joe jumped on a plane to the Wake Series ’17 stop in Portugal. Practice went well, the creative juices were flowing and his run started to come together. Full of confidence Joe held his nerve sticking the runs he was after. He took home 1st in the Pro Men’s category with a nice cheque to boot! Check out some highlights from his runs.

Rounding off the Summer highlights we take a look at team rookie Matty Muncey. A dark horse on the comp scene but one to watch for sure. This Summer Matty got the chance to travel to the USA where he competed in California and Atlanta, staying with the likes of Blake Bishop.

"The last time I went I was 15 and I didn’t really know anyone back then but now I know a lot more people so it was much more enjoyable on and off the water."
Matty Muncey

Out to make himself known at his home contest, Plastic Playground, Matty put down one of the top performances in a stacked field of global elite athletes and ended up taking 4th after just losing out in the head-to-head semi’s.

"I feel like Plastic Playgrounds was probably my best contest in terms of my performance. Luckily, I deal with pressure relatively well and know how to compose myself. When I was going up against the people I’ve looked up to my whole life, I didn’t feel so nervous and managed to stay consistent throughout the contest. I’m also lucky enough to call Liquid leisure my home park so I know the cable super well."
Matty Muncey

In addition to his result at Plastics Matty won 3rd at the California Wake Open and 2nd at Copen’waken. With Summer cut short by school commitments Matty looks towards his future in the scene.

"The hardest thing was probably having to come back to school at the end - ha! I’m in my last year though so I haven’t got long until I will be officially finished with education! Next year I’d like to film a full video part and go to some more street spots to help push my riding. That will help get me out of my comfort zone."
Matty Muncey 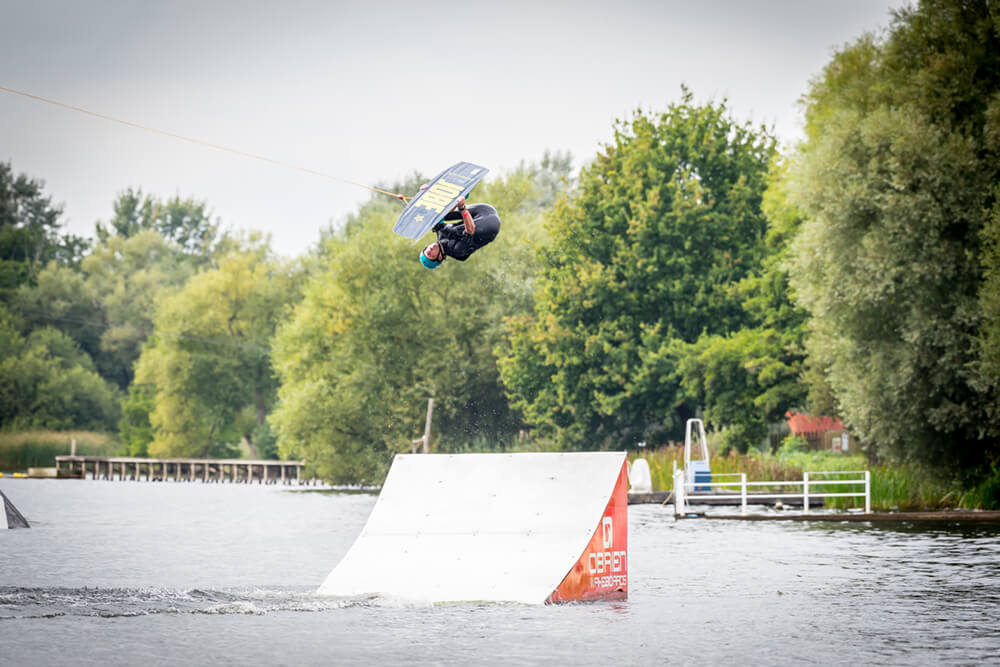 Right now, the Pro Team are out in the Philippines after the World Wakeboard Champs last weekend. Joe and Liam will continue to hone their tricks over the coming weeks before heading to Australia for a few months of training. Meanwhile, Ryan will be working hard on his knee-hab with hopes of being back in the water as early as January 2018.

Well done & good luck from us here at SunGod... We’re stoked to see what the future brings for all of you! 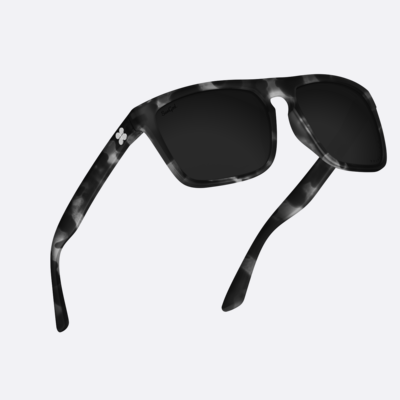 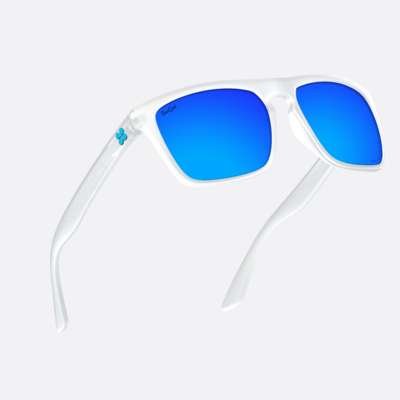