SunGod’s 8 most extreme adventures of 2019

This year, SunGods have travelled the length and breadth of the Earth - To the highest peaks, the driest deserts and the vastest oceans. Continually inspired by this unrelenting pursuit of adventure, our obsession to create the best eyewear for your adventures is stronger than ever. It’s almost time to embrace an exciting new year but before we do, let’s look back at some of the more extreme places our ambassadors have taken their SunGods in 2019… 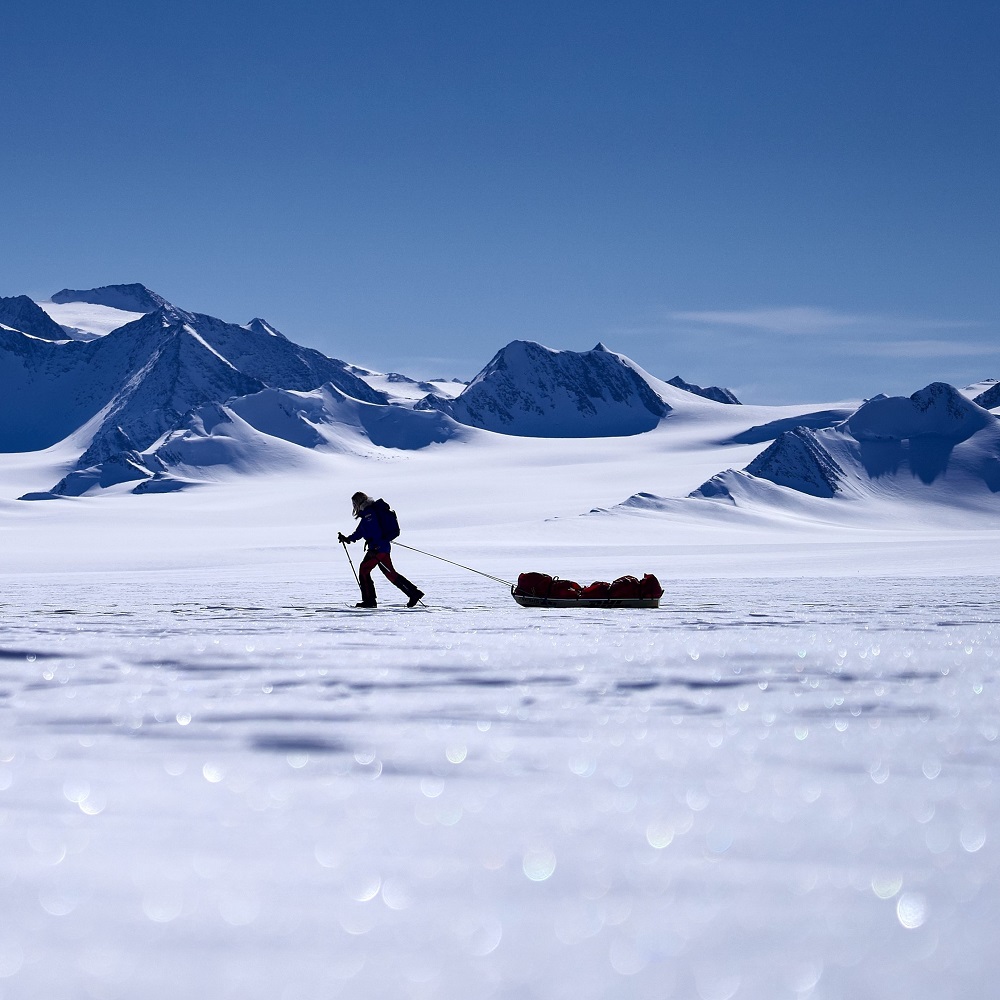 "Annapurna is situated in North Nepal and its summit stands at 8,091m high. The mountain is very rarely climbed since it was first summited in 1950 and despite the 33% fatality rate that google suggested the mountain had, I couldn’t resist! The obvious highlight of the expedition was summiting. That may sound obvious, but statistics are against you on a mountain like that and a huge amount of luck is involved. Not only did we beat the odds and summited, we also made it back in one piece. This isn’t something you should take for granted, especially on a mountain like Annapurna. I learned a lot which will set me up well for next years big one on K2!"

Stay tuned for Rupert's K2 expedition in 2020 and follow his adventures: @rupert.jones.warner 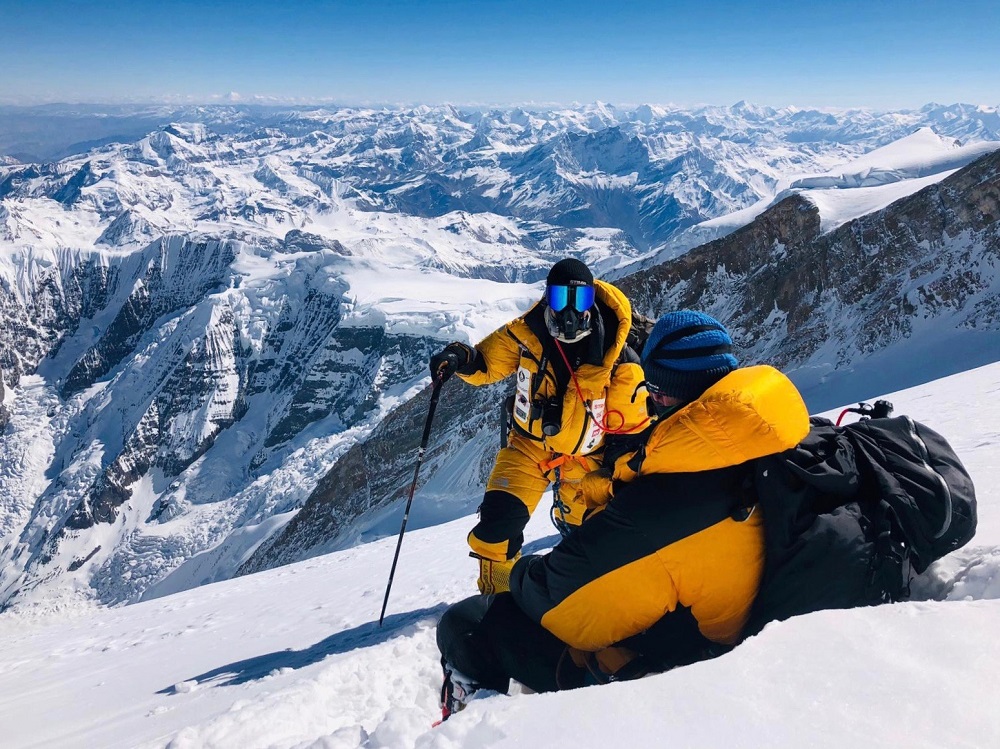 "My Vanguards proved an incredibly important bit of kit - they fitted my face really well with my oxygen mask and gave incredible visibility." Photos: Don Bowie

2. Rowing the Atlantic with Laura Try

“As part of my team, Row For the Ocean, we raced 27 other teams for 3,000 miles across the Atlantic as part of the Talisker Whiskey Atlantic challenge this year. Being in the middle of the ocean was total bliss for me. Riding the waves, being at the mercy of Mother Nature and having the time and space to really think. Of course there were stressful moments, gear would break and tensions would run high but through it all we remained strong and focused. After 43 days at sea, my body was tired but my mind felt full and healthy. The experience has taught me to value the simplicity of life and how strong my mind and body can really be.“

Laura's ocean rowing career is far from over, follow her adventures: @lauratryuk 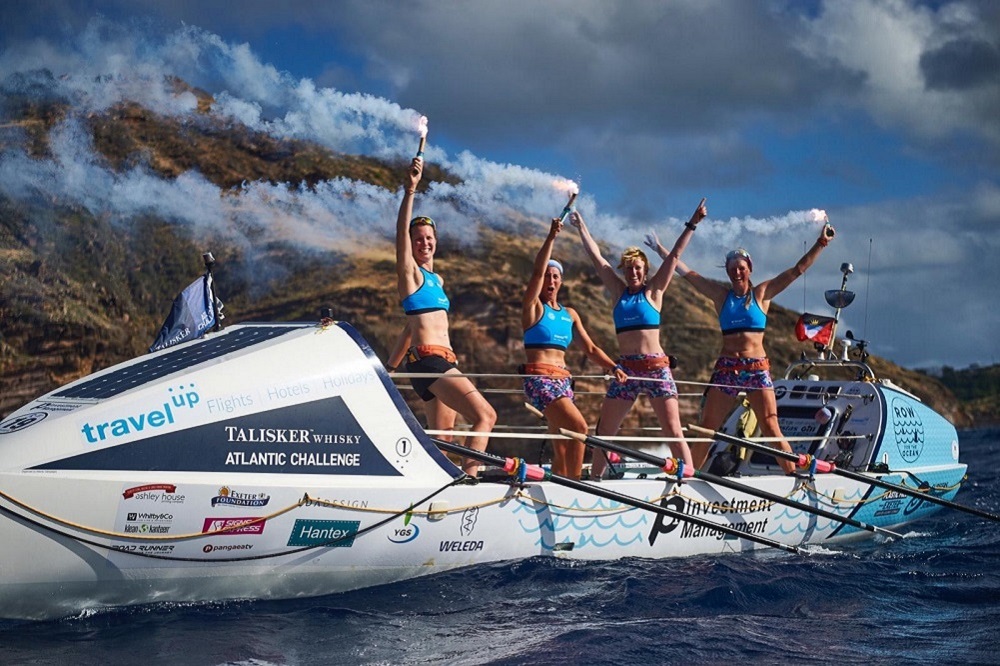 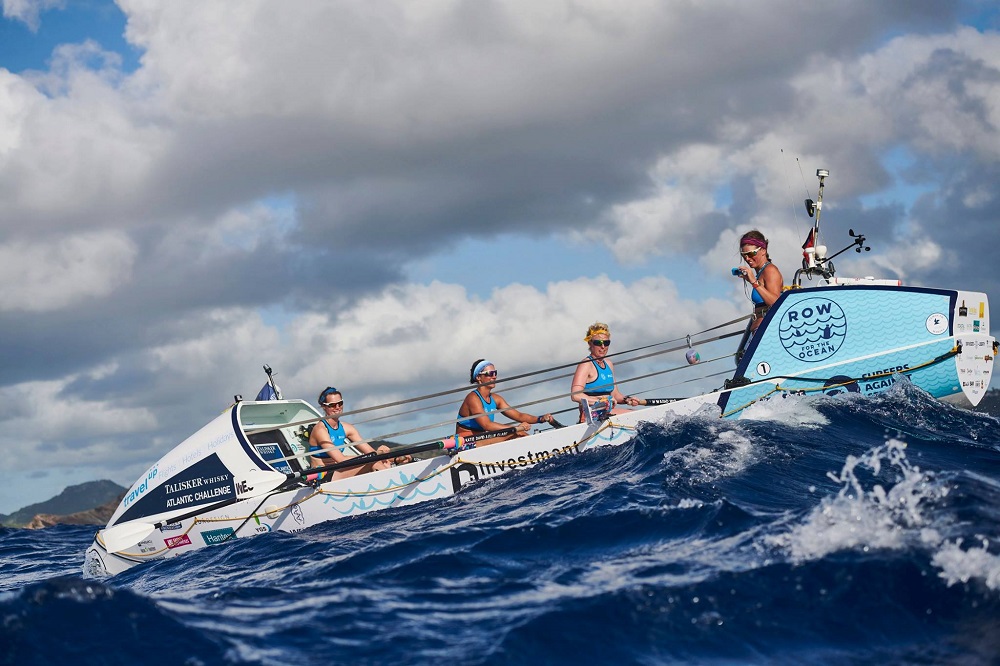 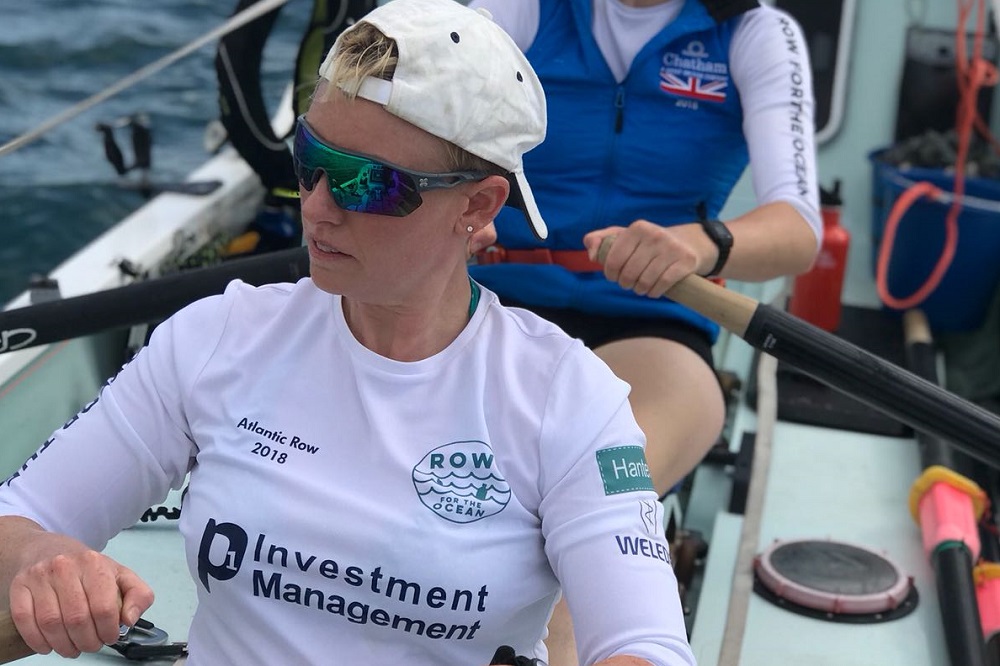 "As Alpinists, the challenge of climbing Everest had always played on our minds. When an opportunity arose to head to the mountain this spring, we decided as a team that our climb would remain pure; climbers carry their own kit unlike most commercial outfits and we never prioritised summiting over humanity. The latter would become very important on the most dangerous Himalayan season in recent history. Climbing to the summit in harsh conditions was a humbling experience, it very quickly teaches you that you are both alone and completely at the mercy of the mountain. Walking away, I feel privileged to have climbed to the top of Mount Everest (and returned with all my fingers and toes); no-one ever conquers the mountain.” 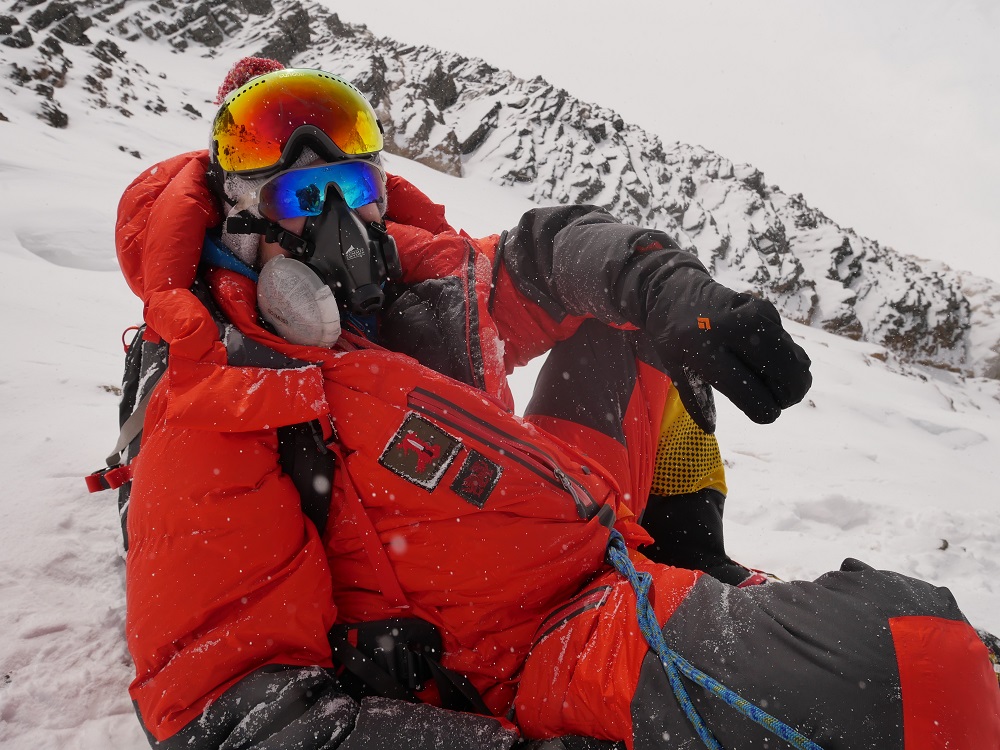 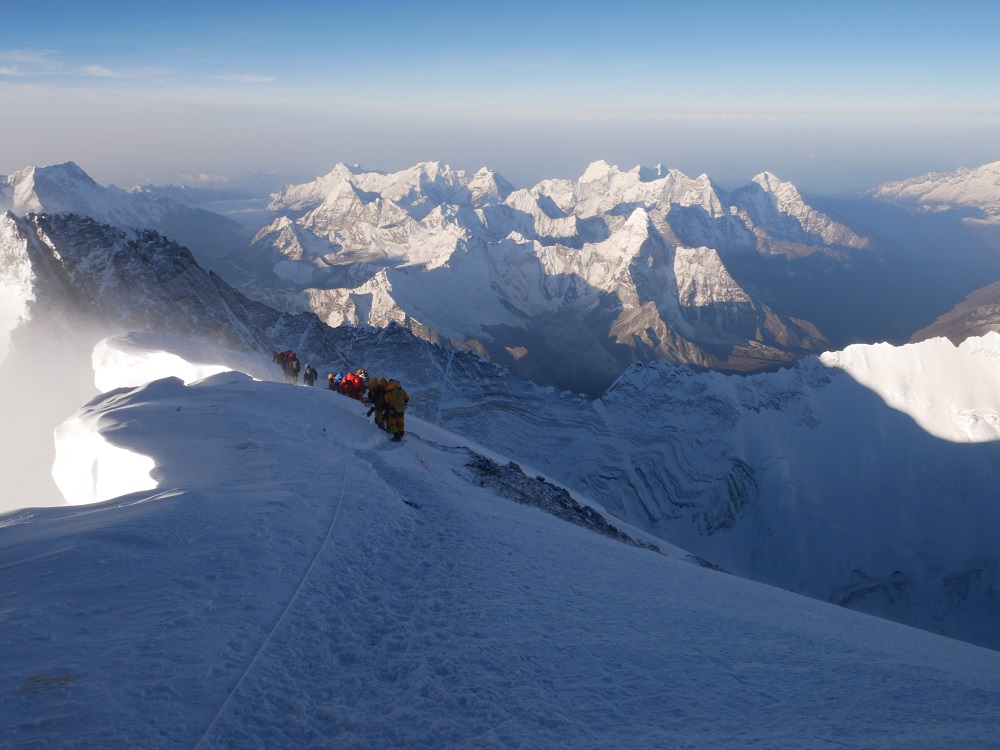 "The summit of Everest was everything I had ever hoped for. We stood still in complete silence staring at the majestic view, entranced by the sheer beauty of our planet."

4. Crossing the Antarctic with Jenny Davis

"My first attempt to break the women's speed record to ski 750 miles to the South Pole, solo, unsupported and unassisted did not quite go to plan! I was up against it from day 1, battered by severe winds and white-outs in one of the worst summer storms Antarctica had ever experienced. In addition to that, I became so ill that I had to be evacuated and I was heartbroken. Despite all of this, there were some profound moments too! I have a vivid memory of stopping one day to simply look around me. It is so hard to explain the solemn beauty of Antarctica, being there alone made it all the more special and that moment made it all worthwhile for me.”

Undefeated by this setback, Jenny has now returned to the Antarctic for her second attempt at this record. Follow her progress: @jd_runs 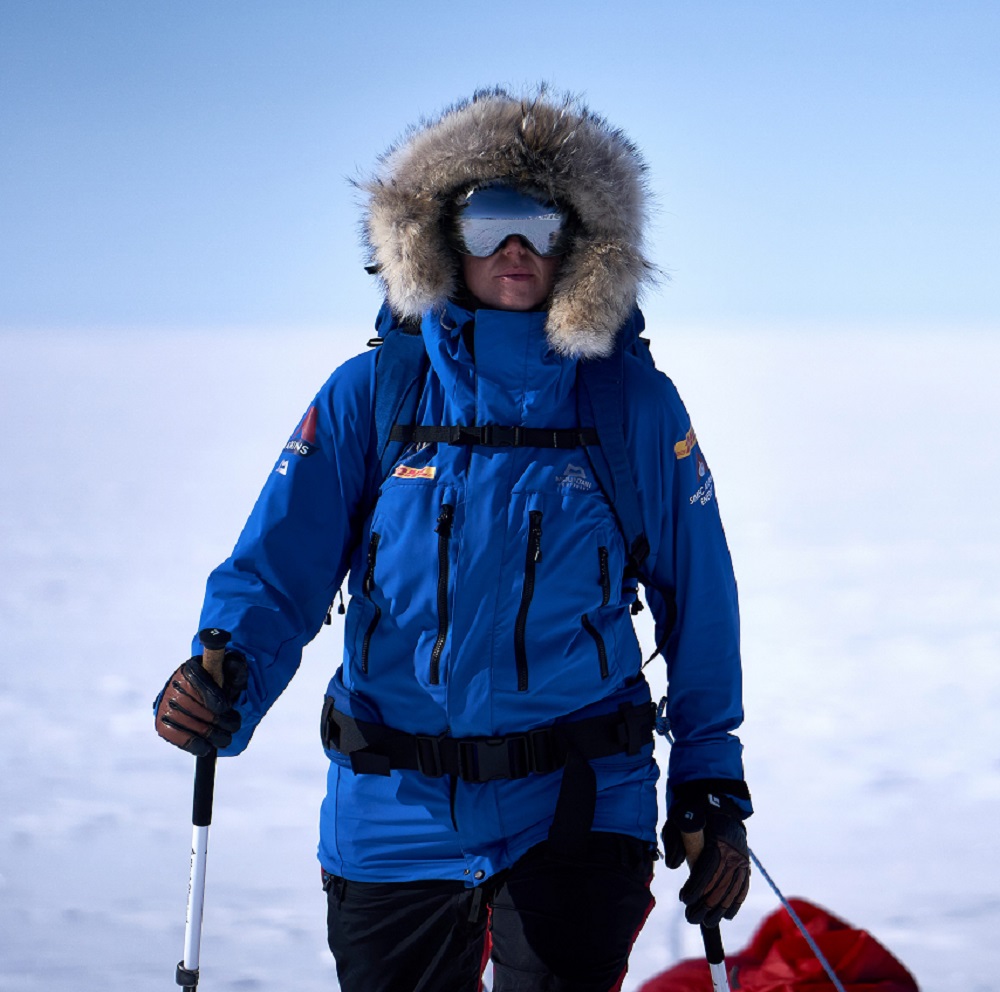 “It is so hard to explain the solemn beauty of Antarctica, being there alone made it all the more special and that moment made it all worthwhile for me”Photo: Hamish Frost

“It was too many beers on a school night and a blind folded spin of a globe with a finger landing on the small mountainous adventure playground of Tajikistan that would change our destiny! One year on, we’re starting our epic 400km run across the country from the border of Afghanistan to the border of Kryzgistan. Nowadays in trail running circles 400km is nothing but when you realise large chunks of this were at 4000m with scarce water sources, the expedition took on a whole new meaning. The moment we took our first step down the valley and saw the sun brushing the top of the snow capped mountains, I knew there was no where else in the world I wanted to be. All the effort and training, planning and self sacrifice was worth it.” 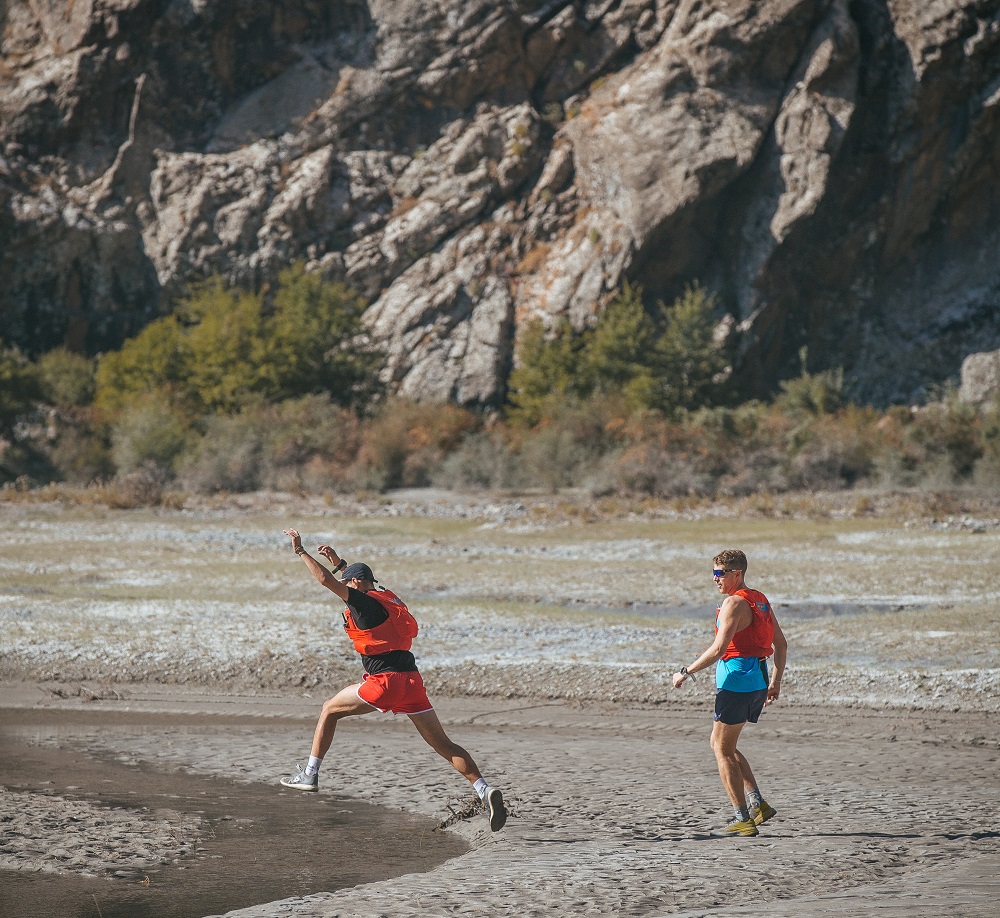 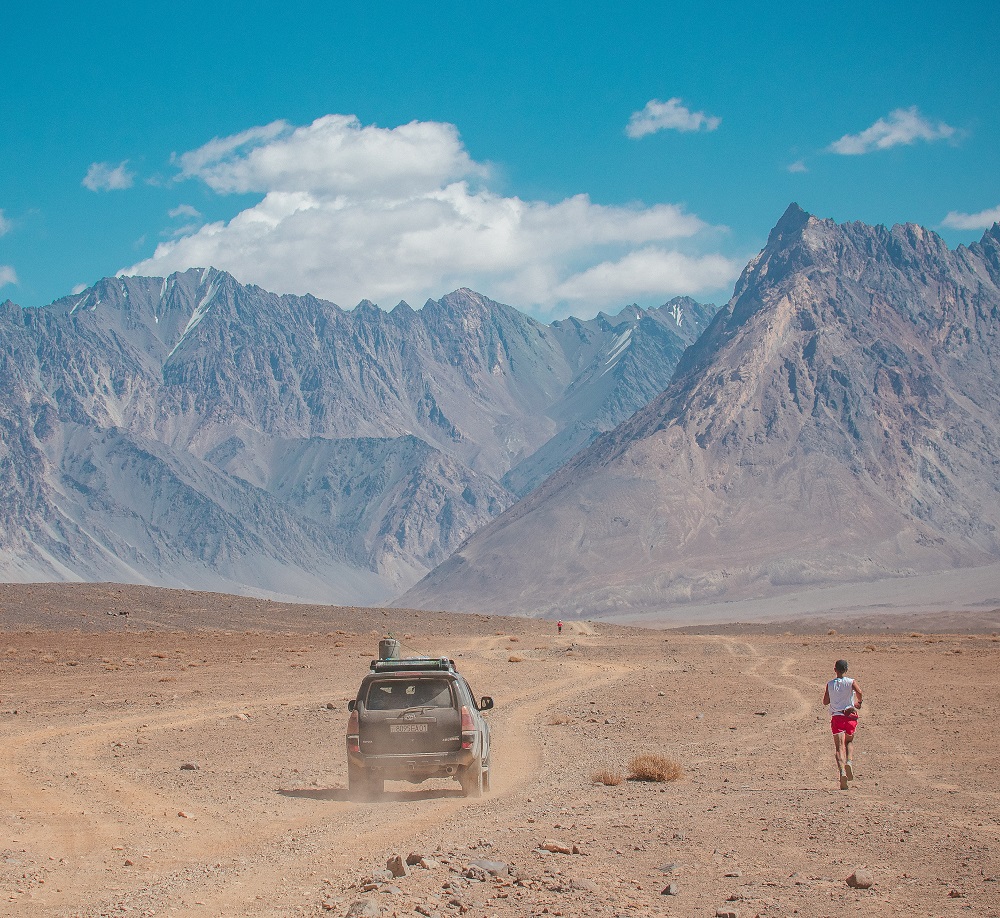 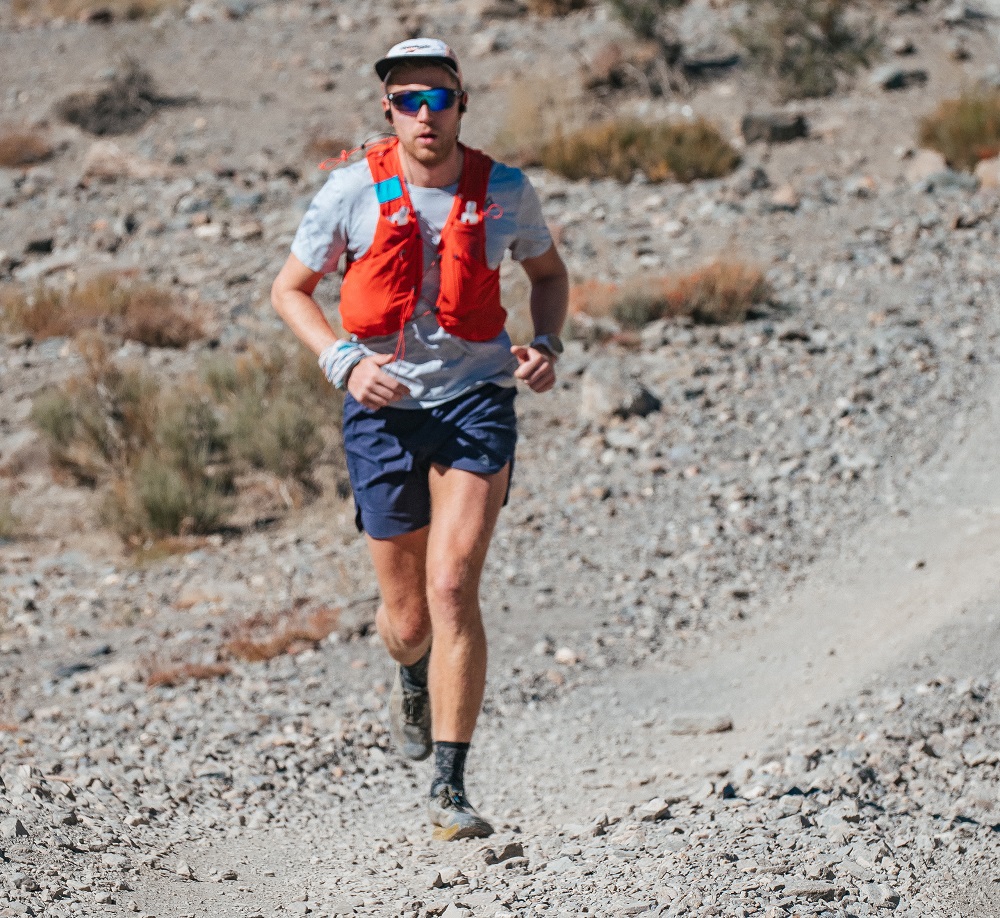 “We may have left the Bartang a while back now but I know we all left a little of ourselves in the high Pamir.” Photos: Alex Mundt

6. Cycling the Tour de France with Louise Gibson and the Internationelles

"The most phenomenal thing I have done on my bike, without a doubt, was riding the full route of the Tour de France a day ahead of the male professionals this year. We formed a team of 10 women and battled on the world stage for equality, it was incredible. We got a lot of support and were amazed to find out that a lot of people didn't even know women were excluded from the Tour de France. The feeling of riding up the Champs Elysées on Stage 21 with the world’s media waiting for us was incredible. Unfortunately no real progress has been made by the organisers of the Tour de France despite their claims they were going to do something to address the situation, so we are riding again next year! Thank you for supporting me and following my adventures, there is a lot more to come!"

Follow Louise's journey as she campaigns for equality in women's cycling: @loukew 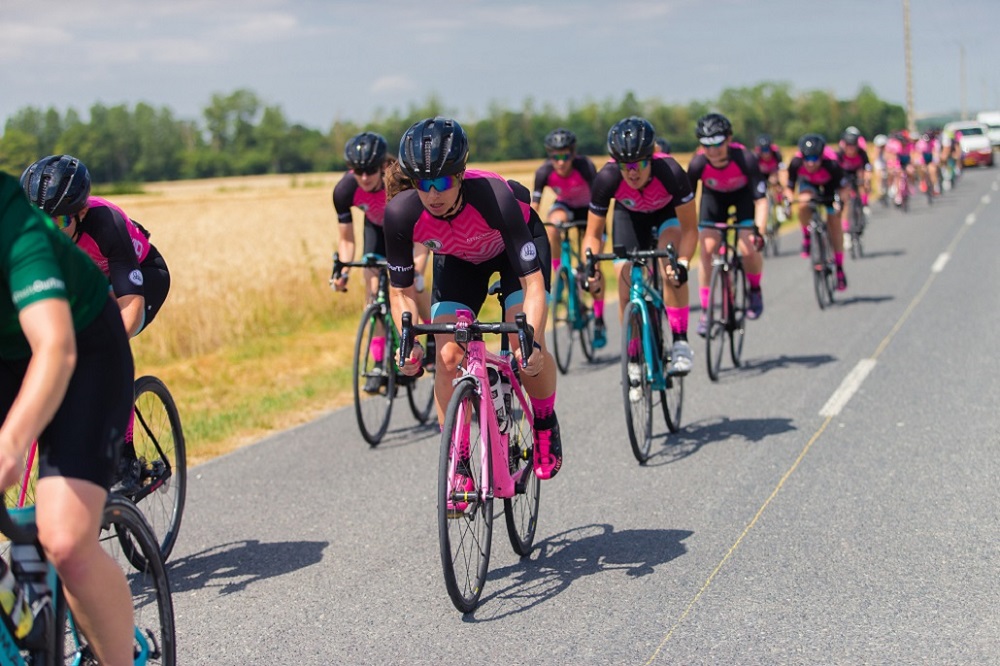 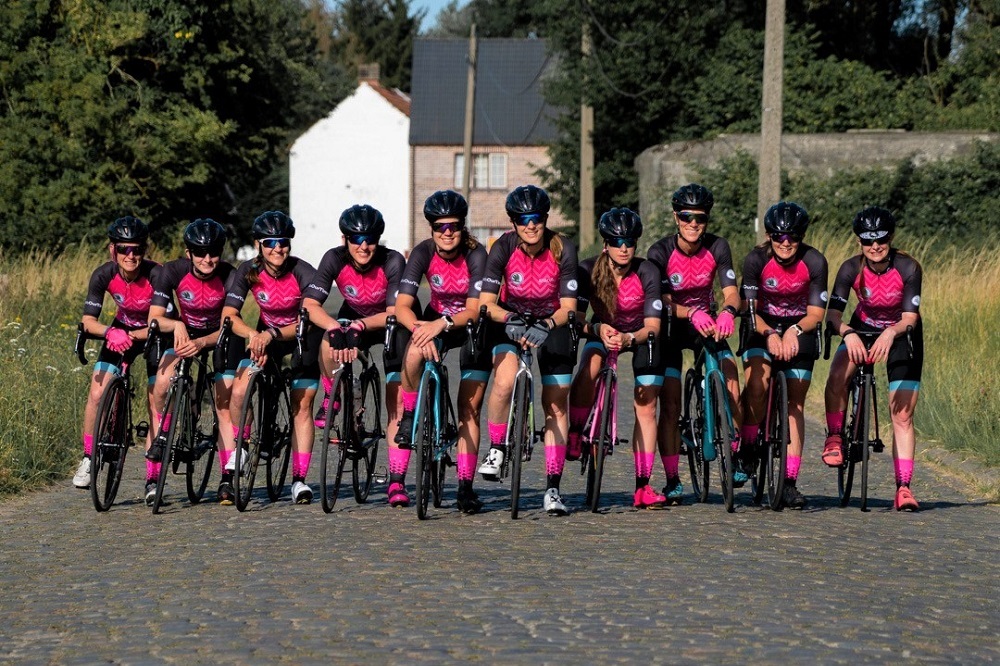 "If a group of amateurs can ride the Tour in a meaningful way, the female professionals should definitely have the opportunity to their own prestigious race."

7. Running in the Caucasus with Kirra Balmanno and Lukas Dürnegger

“Accompanied by film maker, photographer and fellow SunGod Ambassador Lukas Dürnegger, I embarked on an 11 day mission and dream endurance project which saw us run 335km across the Caucasus mountains in Georgia. The aim was to travel as light and self-sufficiently as possible, staying with locals along the way. We were covering on average a marathon per day in high altitudes and extreme environments and the result was a lot of calories burned, some new tan lines and a greater insight into this diverse and colourful country. Our experiences were captured on camera and film, with the goal to showcase the extraordinary highs and lows of exploring places beyond what has been run before, well off the beaten track.”

Kirra and Lukas have exciting plans afoot for 2020, stay up to date with their adventures: @kirrabalmanno @lukas.duernegger 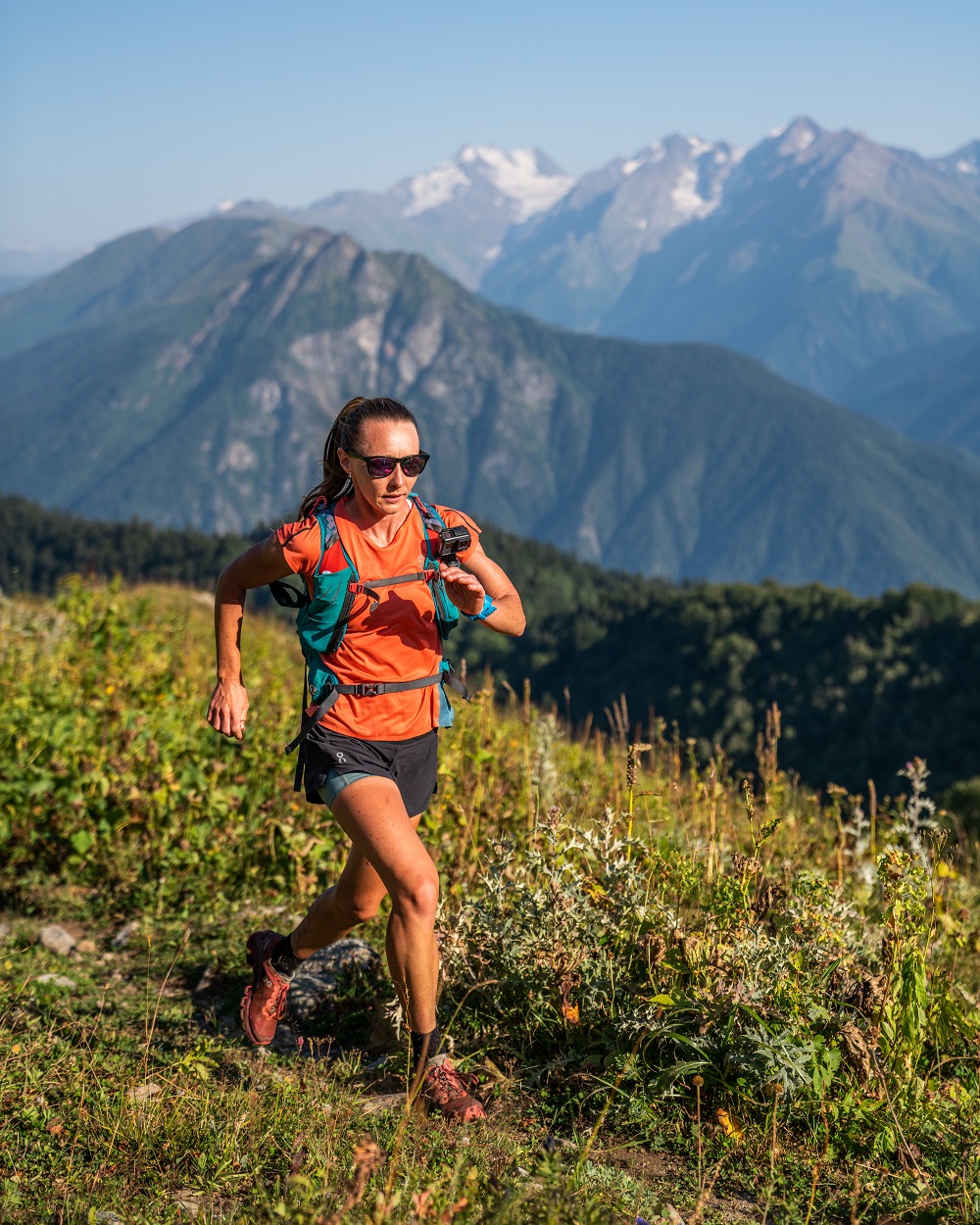 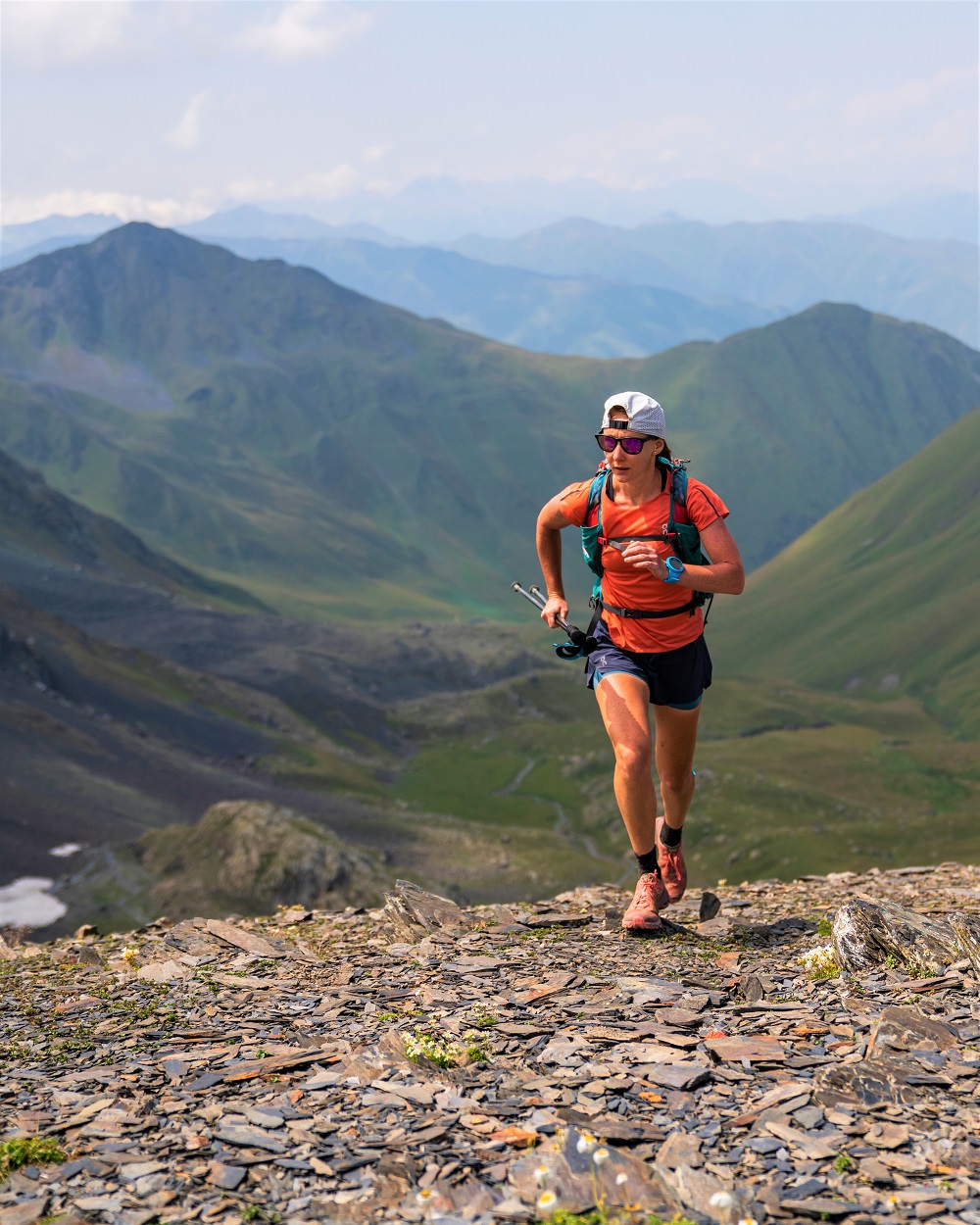 "Georgia can be characterized by its majestic mountains & untouched wilderness. Wild and raw, remote enough to feel completely separated from the civilised world.” Photos: Lukas Dürnegger

"Our journey took us through low valleys of brutal Moraine, up exposed cols, dodging ice and rock falls, down beautiful faces of spring snow and finally, out to the rugged terrain of New Zealand's West Coast. It was by no means plain sailing as we were hit by not one, but two massive storm systems, rendering us stuck in huts for days, unable to exit, even for the loo during 140kph winds. Our goal for this trip was not only to ski some incredible lines but also to capture the tragic demise of New Zealand's glacier system. According to our guide, we were some of very few climbers who have managed to exit on the Fox Glacier since the 90's and he was certain we would be the last. The challenge of our travel was important to our climate story, and also to test our own limits." 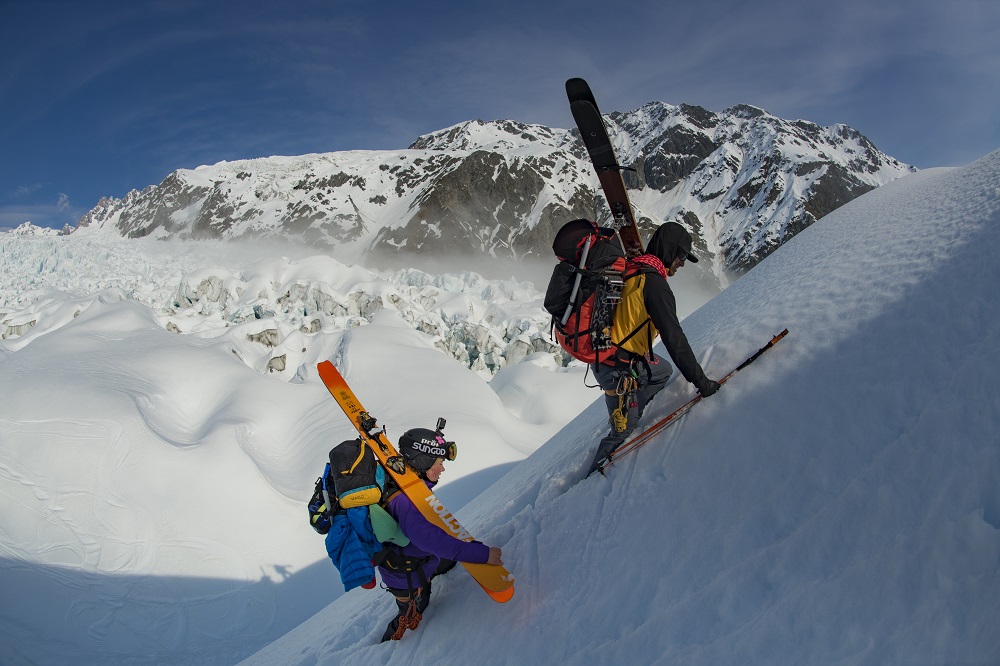 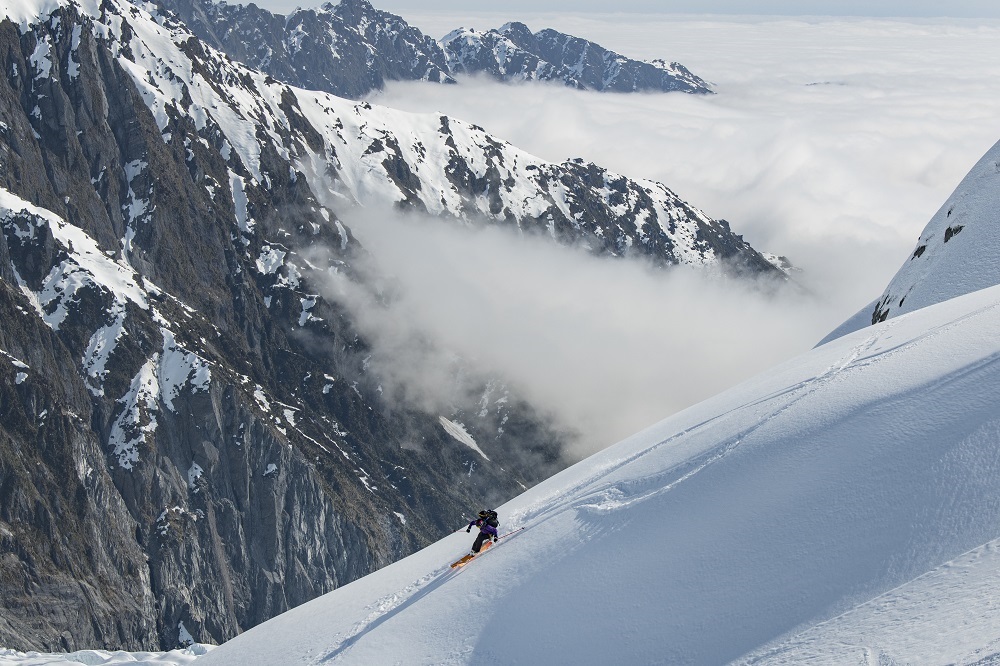 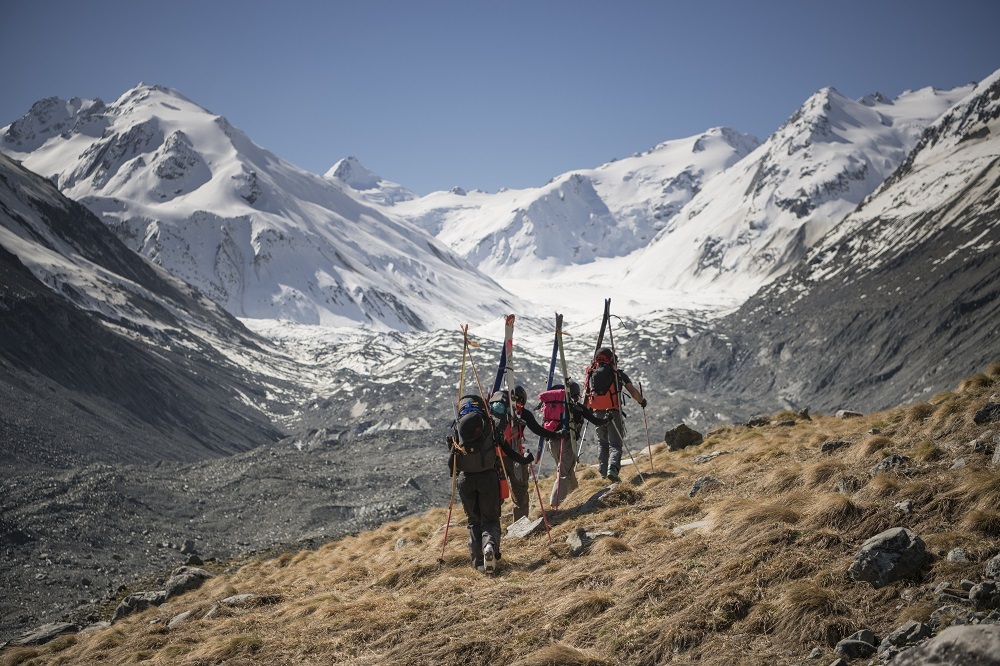 "This was the most incredible experience of my life. It provided me with real confidence in my own ability to persevere and make decisions under duress in the mountains.” Photos: Janina Kuzma 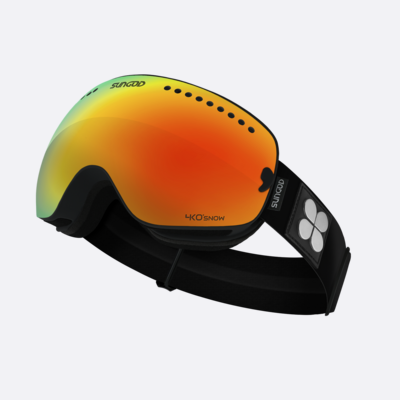