Who says running has to be dull? We teamed up with Midnight Runners to shortlist 5 unique runs to help put the pep back into your step!

Running doesn't just have to be about staying fit! It is a chance to connect with new people, take on new challenges and venture to new places. Whether you are among the running elite or an amateur, running presents a wealth of opportunity, so prepare to be inspired! We caught up with 5 of our friends from Midnight Runners who discussed their most memorable running experiences... 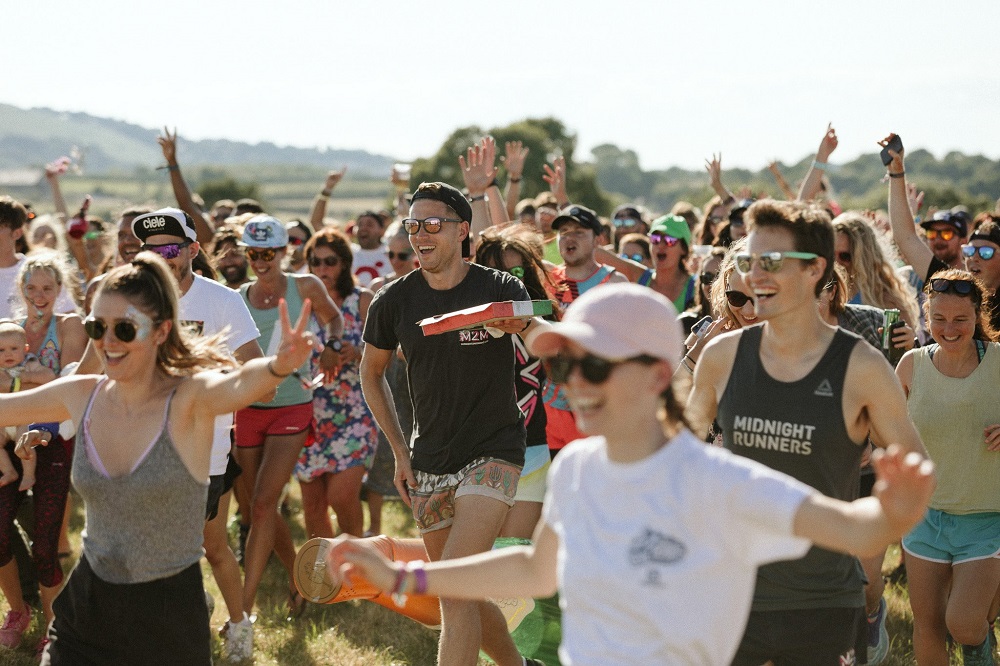 Midnight Runners is one of the world's largest independent running communities. They are an ever growing group of athletes from a variety of backgrounds. Photo: Anna Jackson

"Think you’re not a runner? So did I 14 months ago, until a friend dragged me to Midnight Runners one fateful Tuesday night and I never looked back. My favorite run is the Midnight Runners 10km bootcamp run. We pound the streets of London every Tuesday, come rain, shine, snow or heatwave. There’s always music, there’s always laughter and there’s always a tidal wave of energy that drives you forward. I’ve been running for 14 months now and I can still feel myself becoming a stronger and faster runner every Tuesday." 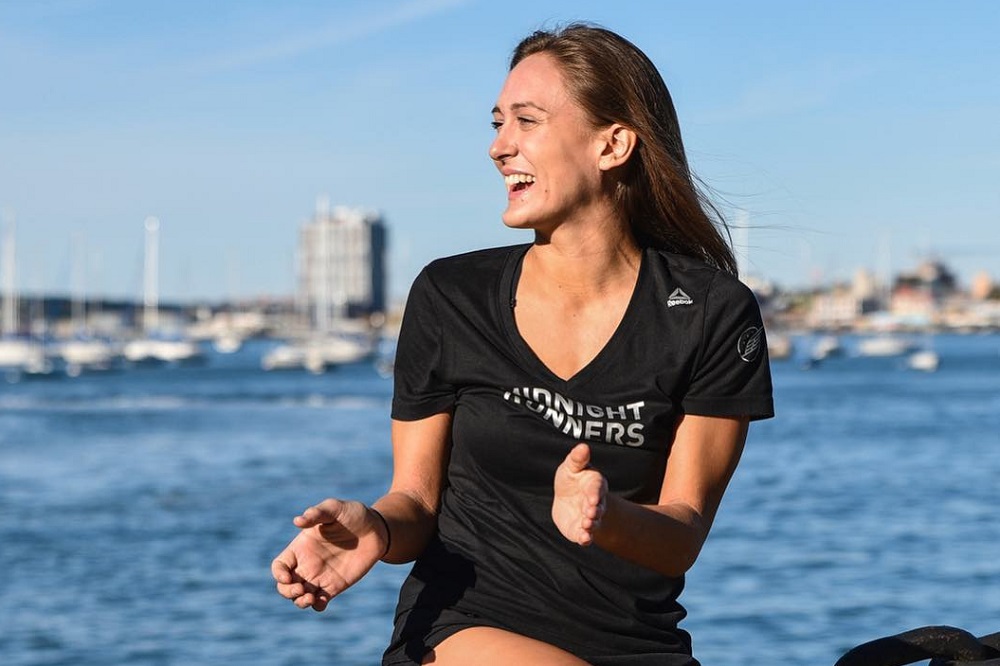 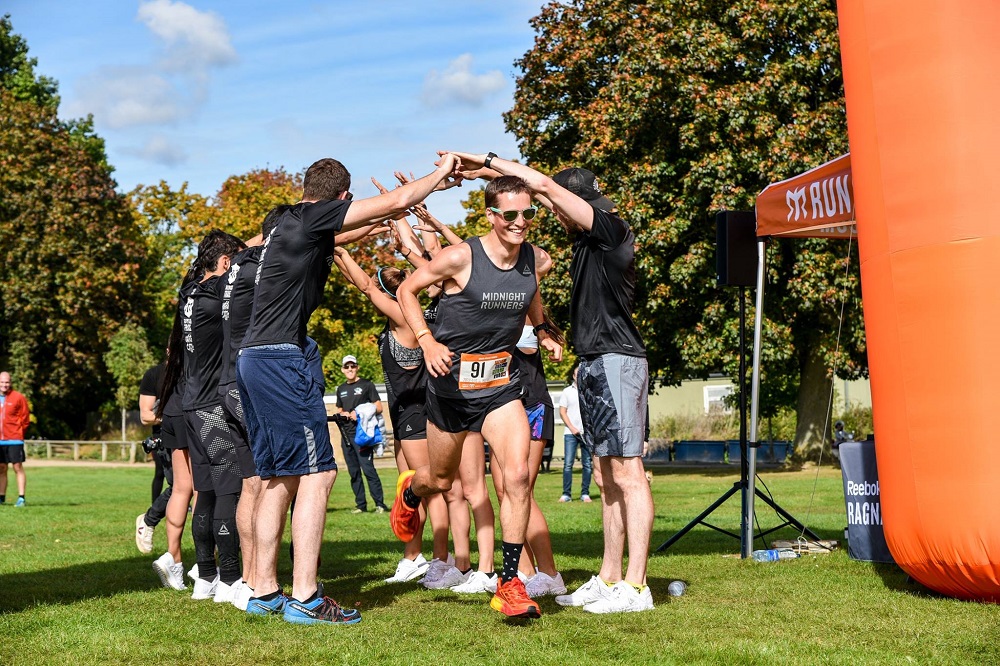 "I had always assumed that running was a solo activity but it can be a shared passion that creates an entire community!" Amy WoodcockPhotos: Daniel Varga

"My favourite run has to be 'nohtaraM ehT' which is ‘The Marathon’ backwards! Every year, in the middle of the night, dozens of runners gather near the London Marathon finish line to complete the 26.2 mile course in reverse, in the dark. It’s totally unofficial, but no less enjoyable and it is a fantastic run for those looking to do something a bit quirky! There’s no better way to celebrate your success than to watch the 40,000 heroes complete the proper race later that day!" 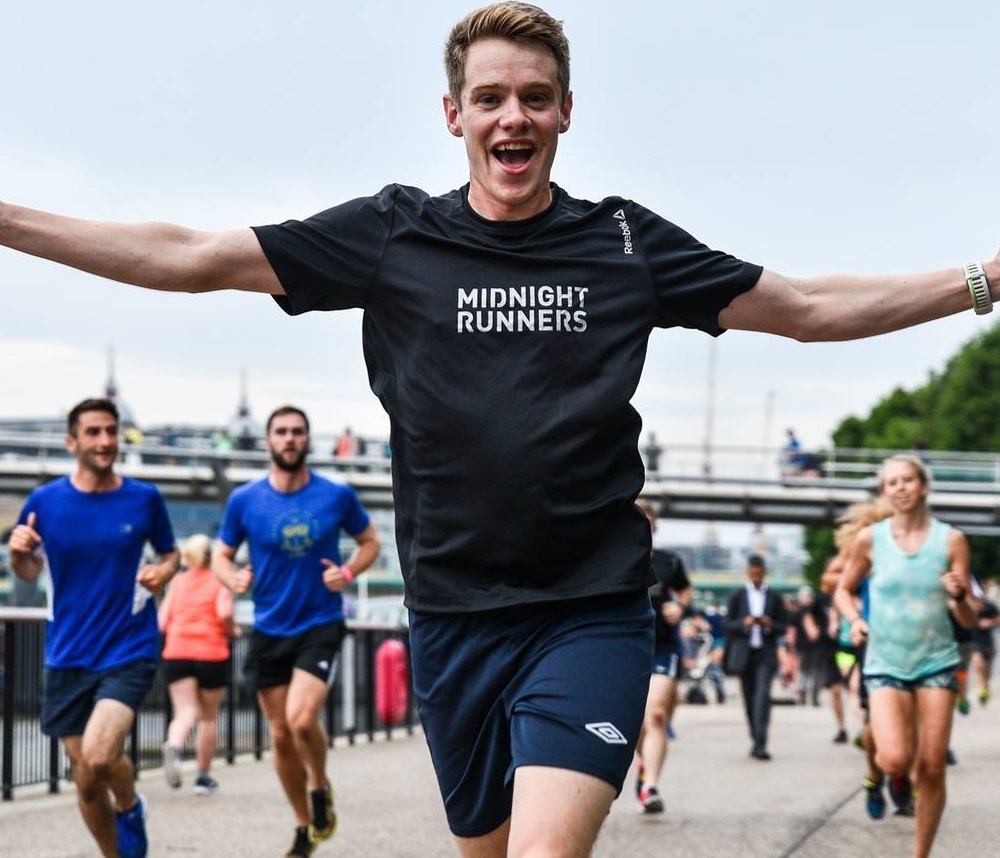 "Ultra Trail Cape Town in South Africa is a monument to trail running. The race takes you on a grand tour of the Lion's Head, Signal Hill, Table Mountain and back down along Llandudno beach to Hout Bay and back again. It is a privilege of epic proportions to be able to run across a country as rich, diverse and welcoming as South Africa - a privilege granted to those with the sheer bloody mindedness to take on such an event! 100km through technical trails, often in the heat, always with great views and good vibes.

UTCT is without a doubt a bucket list race and I implore you to give it a go! It completely epitomizes trail running for me - mind over matter, pushing through the pain, great views, good vibes and the sense of accomplishment you only get when you live outside your comfort zone!" 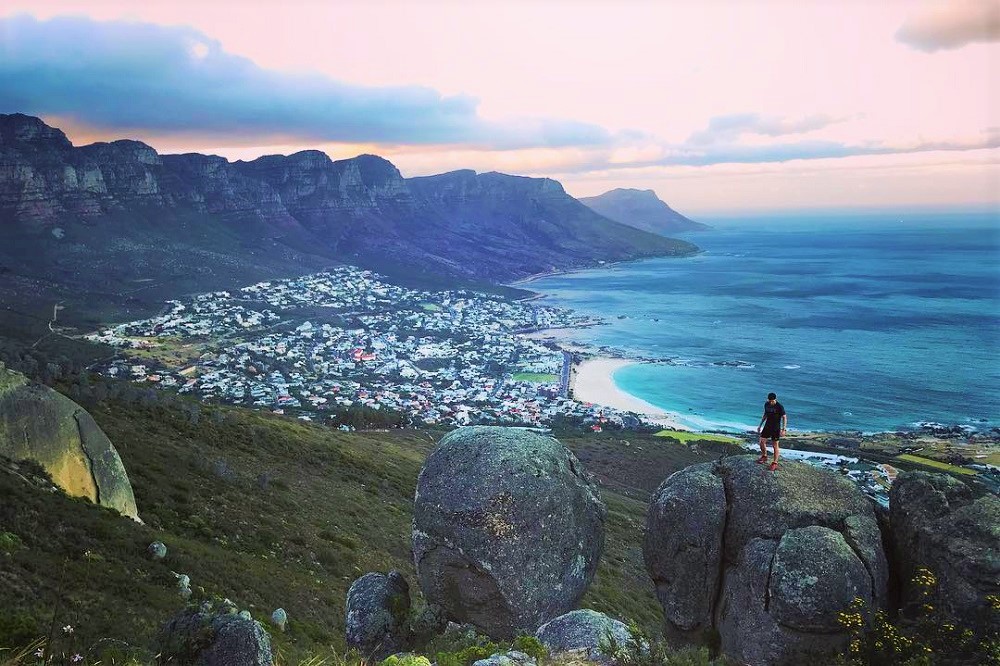 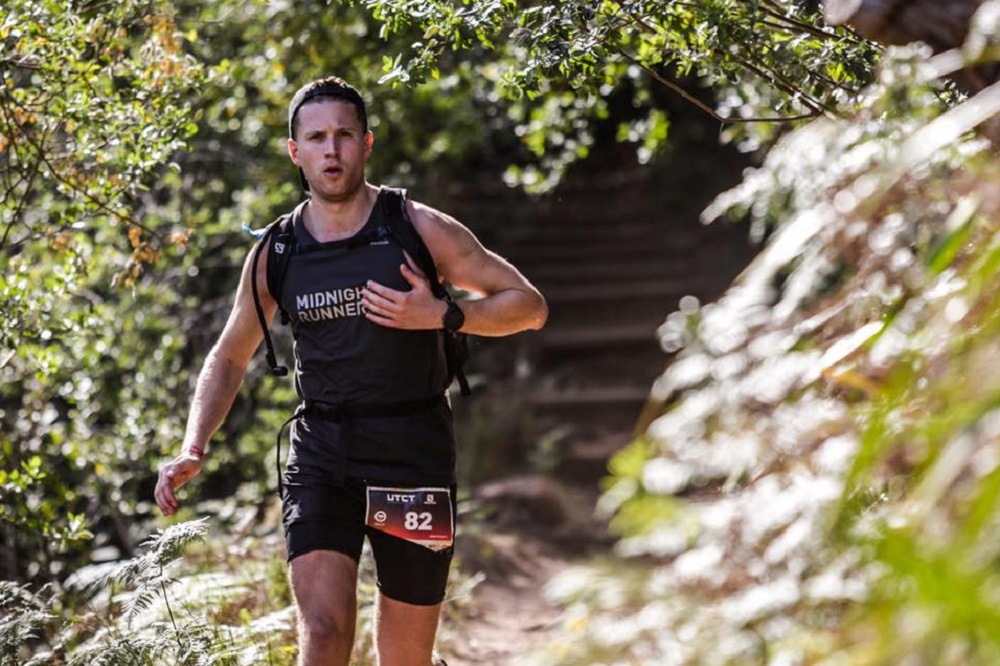 "UTCT feels like a local event - the volunteers on the route give out hugs and high fives as much as water and nutrition!" Jody Bragger.

"30 hours was all it took to cover 119km and 6,600meters of elevation and what an eventful 30 hours it was! The Transylvania 100k covers wild dense forests which climb towards jagged peaks with unforgiving weather elements – It’s a great run for those seeking a gnarly adventure!

The race includes 6,500 metres of total ascent over 6 big climbs - with no time for sleep due to checkpoint cut off times. After battling hail stones, pouring rain and treacherous icy climbs nothing quite beat the feeling I got when I began the last descent above Dracula’s castle. I slid down the last of the rocks, sprinted up the entrance and shot up the steps around the castle. Around the corner I spotted the crowd of fellow runners and friends hollering me in! I gave it some loud hoots and brought it home – a running experience of a lifetime!" 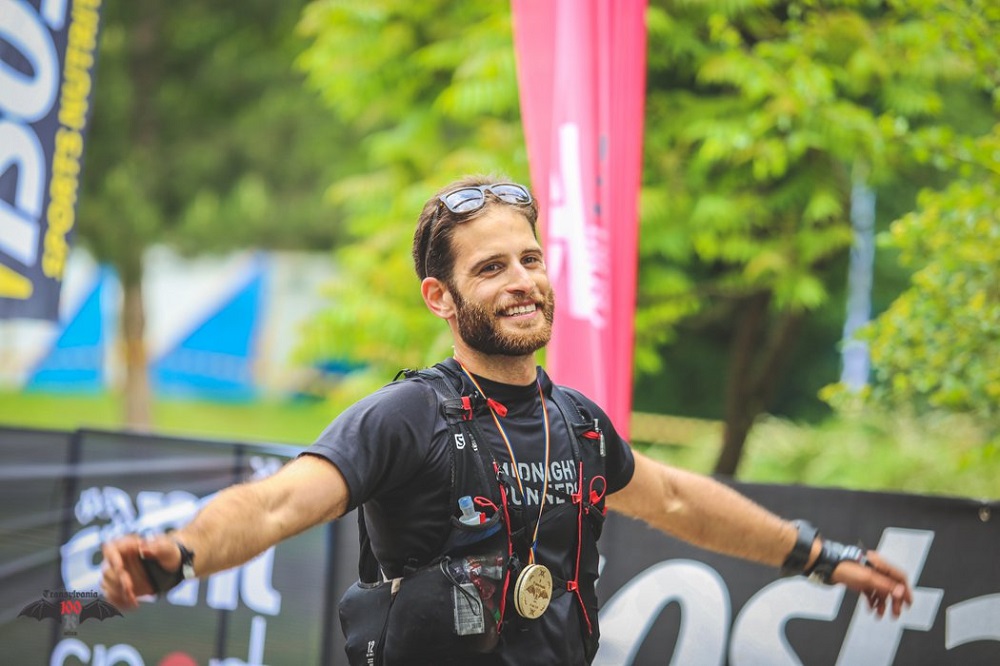 Bear whistles, icy descents and scrambling up mountains - The Transylvania 100k is ideal for the thrill seeking runner. .

"The London Marathon was easily one of the best experiences of my life. Despite making the decision to slow down at about the 10k mark due to the intense heat, I couldn’t stop grinning and soaking up the London atmosphere and from what I've been told there's no other run like it, the energy was relentless. Nothing will ever beat the feeling of seeing my second family, Midnight Runners, who embraced me at mile 21, calling my name and giving me the courage to get through the rest of the race which was a blur! " 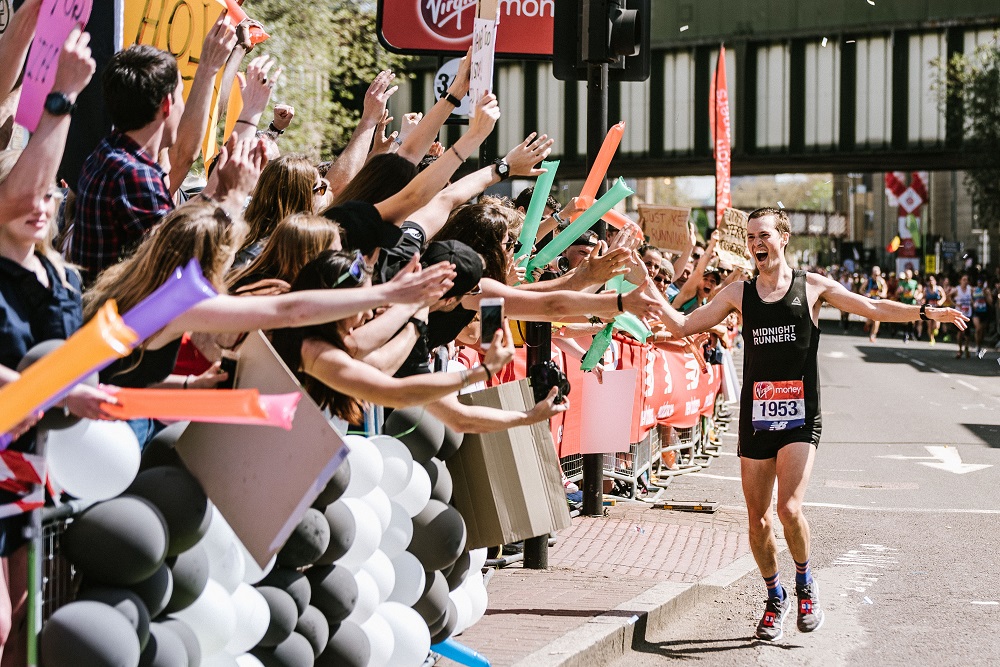 "I could really feel the care and admiration from my friends, I felt like a rock star! It was probably the best moment of my life." James HoltPhoto: David Altabev

It’s difficult not to feel inspired by the things these people have achieved. It is abundantly clear that there is certainly more to running than pounding the streets after work in a frivolous attempt to keep fit! It is safe to say that no matter how small or big your challenge, running most certainly can be fun and fulfilling!

Where will your next running adventure take you? 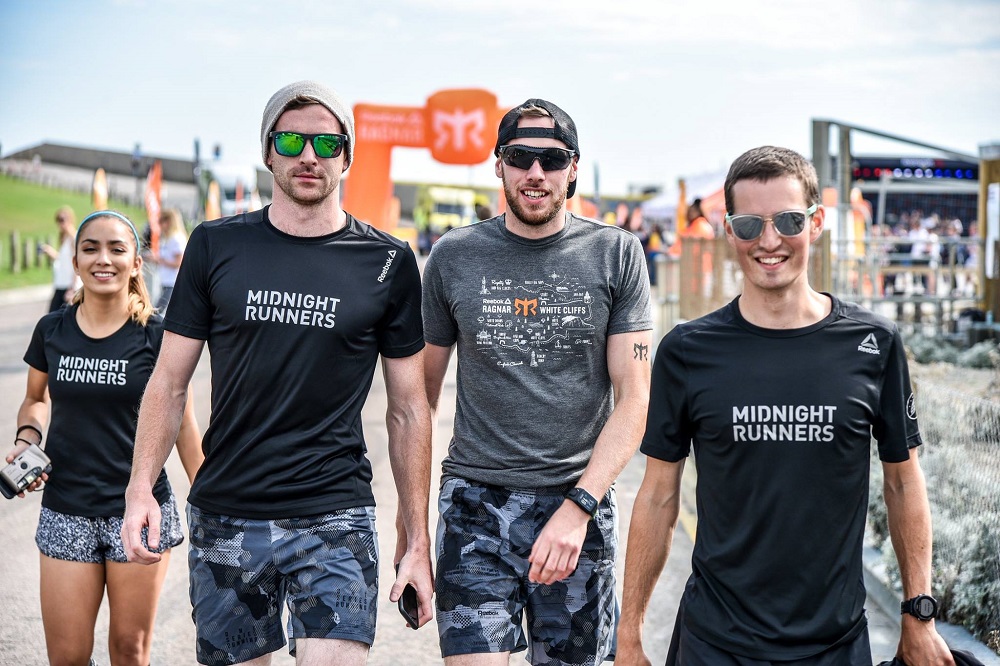 Where will your next running adventure take you? Photo: Daniel Varga

Originating in London, Midnight Runners are a band of like minded people, united by the desire to escape the confines of the gym, the passion of running, meeting new people and the cities we call home. Come and run with them in London, Berlin, Barcelona, Paris, Boston, NYC and LA. 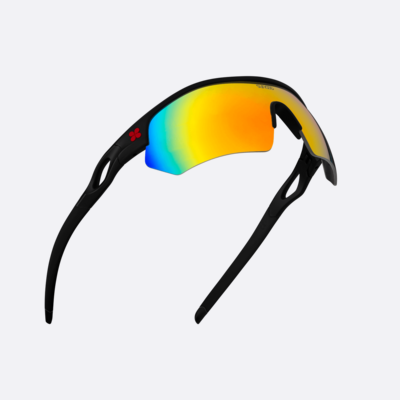