Meet the women who completed the 2019 Tour de France 1 day ahead of the men.

The most famous cycling race in the world comes into it's final stage today and while all eyes are trained on the men battling to win the most prestigious title in their sport, what of the women? Women currently have no cycling stage race equivalent. We caught up with the women who are campaigning to change this in the only way they know how – to complete the Tour themselves, all 3460km of it, one day ahead of the official men’s race. Prepare to be inspired… 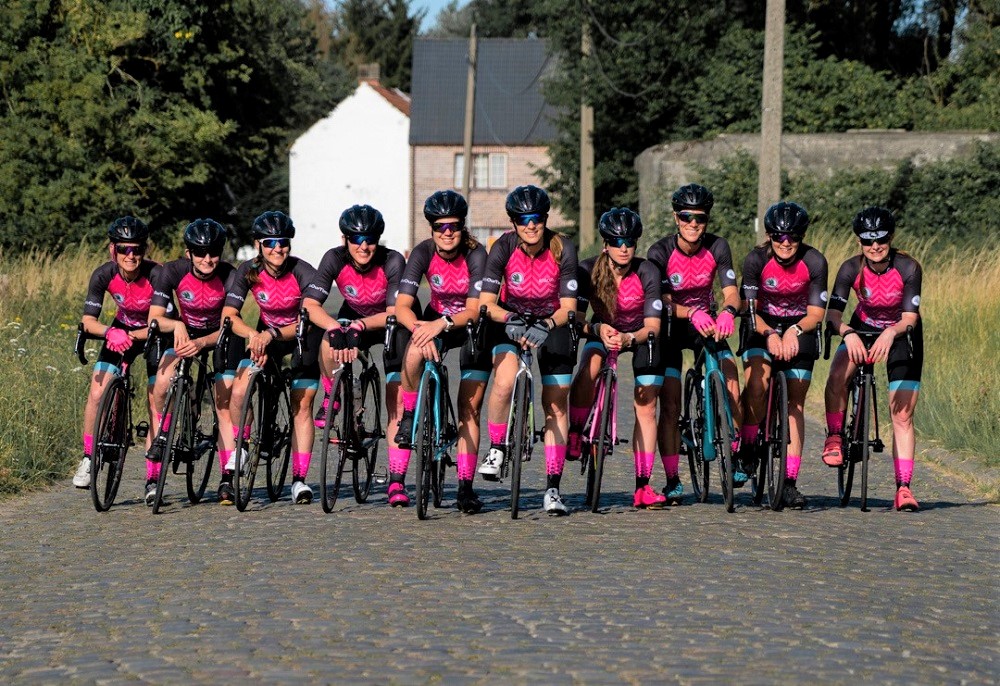 Campaigning for change: Meet the Internationelles, one of two female teams riding each stage of the Tour, a day ahead of the official men’s race.

We are a team of 10 amateur riders hailing from the UK, USA, Australia and the Netherlands. We all work full time and in varying professions including science, consultancy, coaching, management and law. Within the group there are also two mothers.

2. How did you all come together?

A few of us applied to be on the French speaking team, 'Donnons des Elles au Velo' and were put in touch with each other. We were invited to create an international team, so we did. The first time we all met was in Brussels at the start of the tour! 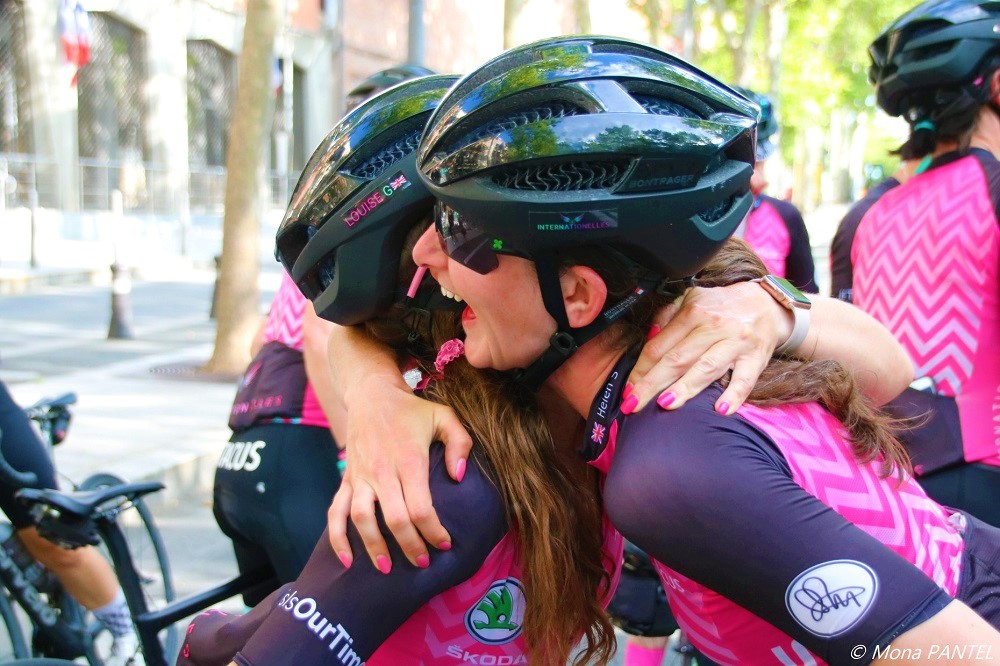 The internationelles had never met one another prior to arriving in Brussels for the stage 1 of the tour!Photo: Mona Pantel

3. Why is it so important to ride in the world’s greatest cycle stage race?

We rode the route to prove that women can do it and to build awareness for our mission of closing the gender gap in cycling. Even people who don’t follow cycling are often interested in the Tour and lots don’t realise women aren’t in the Tour or have anything of similar equivalence.

4. Where did your strengths lie as a team? Were you well matched?

As it turned out we were all very similar in strength and rode amazingly together. Some were braver than others descending though! Mental strength seemed to play an even bigger role than physical in the end. We were tired and hurting from the early stages but we pushed through together. 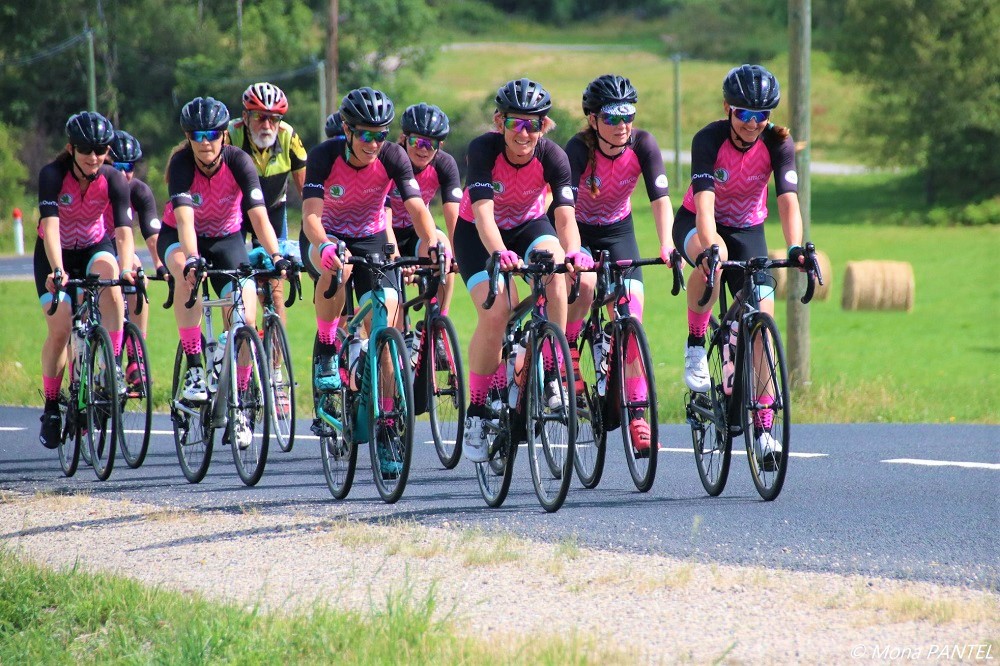 "We rode amazingly together. There were tears but no one struggled alone – we all pushed through together.” Photo: Mona Pantel

5. How did you keep morale high throughout the ride?

Jokes, laughs, music. We did daily Instagram stories documenting the journey and we always made sure no one dropped off or was struggling alone. We were quick to hug and reassure one another and we all had lots of tears!

6. Did you uncover any unique talents among the team throughout your journey?

Just how insanely tough and determined we all are! I have no idea how we have managed the miles and elevation we have ridden! In fact we will have done more miles and climbing than the men, their stages were cut short because of the weather that we rode through!

6 Category climbs, 160km, 3800m in elevation gain. The Internationelles have technically ridden further than the men due to adverse weather. Photo: Mona Pantel

7. What was the most challenging part of the ride?

The cycling was of course hard but it was the tiredness that was the worst. 4-5 hours sleep each night followed by up to 10 hours a day of riding. It was insanely exhausting. We also had to wash our own kit, look after our own bikes, make our own food etc - it was this stuff that took it out of us, once on our bikes we just had to pedal!

8. What does this ride mean for the future of women’s cycling?

I think we’ve created quite a bit of awareness and we've got people now questioning why women don’t have the same opportunities as men within the cycling world. Apparently the The Amaury Sport Organisation (organisers of the Tour de France) have agreed to look into creating something similar for women, time will tell… 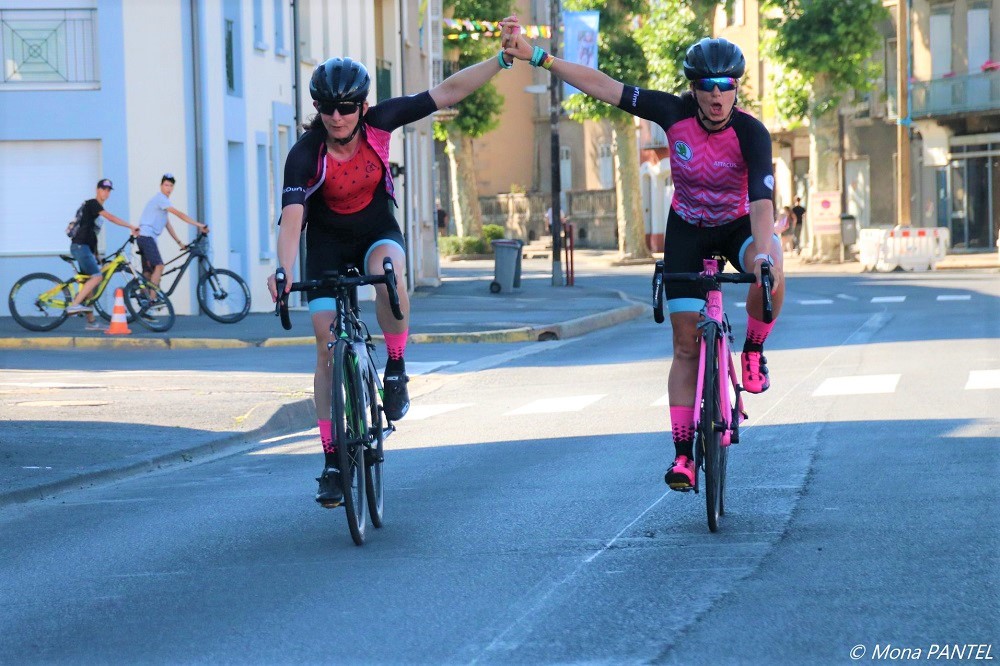 "We want to get people questioning why women don't have the same opportunities as men in the cycling world." Photo: Mona Pantel

9. What do you say to those of the belief that women are not worthy or capable of having their own stage race?

Women deserve the same opportunities as men and we are completely capable. In fact, as I already said, we rode further and higher!

10. Where do you hope to be this time next year?

It is too soon to say for certain but if we need to do this again, we will be there. Change isn’t going to happen overnight… 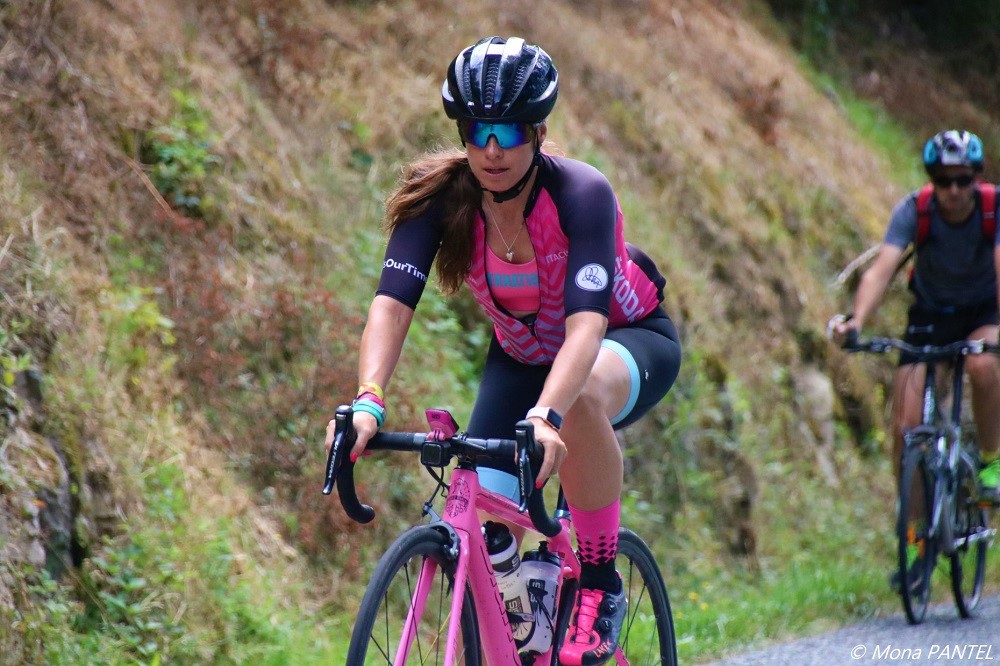 Proud, exhausted and relieved, the Internationelles have fought hard to make a statement in the cycling industry. We stand behind them as they continue to strive for equality within the sport. What will 2020 bring? 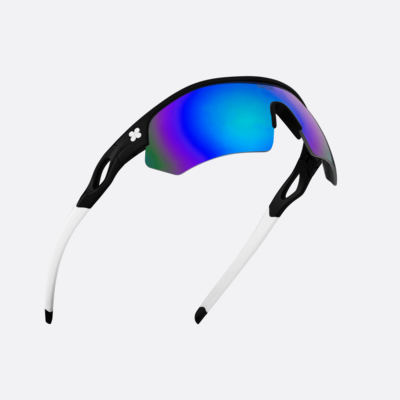